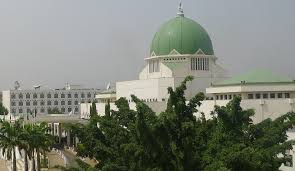 Despite assertions of seeming belligerence, Acting President, Prof. Yemi Osinbajo, was, yesterday, reaching out to the leadership of the National Assembly towards averting imminent paralysis of the machinery of government. As part of the moves, the acting president was last night scheduled to meet with the president of the Senate, Dr Bukola Saraki, and Speaker of the House of Representatives, Yakubu Dogara, to thaw the ice. Saraki, Magu and Osinbajo The meeting, Vanguard learned last night, was at the instance of the acting president who, it was learned, is fighting to avert seeming conspiracies among some persons in the National Assembly and the Presidency to derail his function as acting president. Notable among the conspiracies is the plot by some in the legislature to frustrate confirmations for presidential appointments and approvals for external loans needed to facilitate key projects of the Federal Government. The meeting, which was yet to take off at press time, Vanguard learned, was upon pressures by some senators and members of the House of Representatives to bring forward their annual recess as a way of teaching Osinbajo a lesson. “If the National Assembly goes on recess without confirming those nominees or the President getting National Assembly approval for those strategic loans needed for key infrastructure projects, how can Osinbajo succeed?” a source who spoke in confidence asked yesterday. The meeting between Osinbajo and Saraki is in the wake of claims that a section of the alleged cabal in the Presidency had teamed up with some in the National Assembly to cut Osinbajo to size. Yesterday’s meeting, Vanguard learned, followed Thursday’s meeting between the acting president and Saraki where preliminary efforts were said to have been made towards reconciliation. However, the success of that meeting, Vanguard learned, was nearly beclouded by the leakage of the secret meeting by those sympathetic to the cabal in the presidency. “You can see that vested interests do not want Osinbajo to succeed and the same forces were the ones who leaked the meeting with the intention of embarrassing the two men,” a source privy to the development said yesterday. The crisis between the two arms of government came to a head last Tuesday when the Senate turned back Osinbajo’s request for the confirmation of Mr. Lanre Gbajabiamila as Director-General of the National Lottery Commission. Speaking on the reconciliation moves, yesterday, a source said: “Osinbajo has perhaps realised his mistake and that he should not have spoken on the Magu issue and now everyone is trying to use that against him.” Alleging high-level conspiracy directed at the Osinbajo presidency, the source asked why those with the ears of the cabal in the presidency such as Senators Yerima and Karibu Marafa were very passionate about the motion to stop reject further nominations from Osinbajo. “The fact is that they want to make life difficult for the acting president who out of his own lack of political tact voiced support for Femi Falana’s claim on Magu,” the source said. There were also claims yesterday that claims attributed to Osinbajo at the EFCC function in Kaduna where he was represented by Governor Nasir El-Rufai of Kaduna State were not representative of the acting president. Calls to El-Rufai’s special adviser on media, Mr. Muyiwa Adekeye, and a text message were unheeded as at press time yesterday.