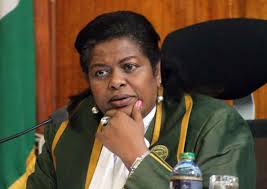 Supreme Court judge Justice Njoki Ndungu wants the law amended to give more women access to safe abortion. Speaking during the judge’s conference in Mombasa, Justice Ndun’gu said Article 26 of the 2010 Constitution that outlaws abortion was silent on women getting affordable and safe abortion. The article states that life begins at conception and that abortion is not permitted unless, in the opinion of a trained health professional, there is need for emergency treatment, or the life or health of the mother is in danger. “The article does not give the legal status of a foetus and where life begins, either at conception or at birth, an area that needs to be developed by the Judiciary,” said Ndung’u. Ndung’u called on more Kenyans to challenge the anti-abortion law in courts. “It is high time we encourage people to start bringing such cases through judicial activism since many are suffering in silence”, she said. ALSO READ: Fresh trial for 400 convicts freed over courts’ oversight Njoki noted that though the article allowed abortion to be carried by a trained medical practitioner, the Act still remained undefined under the reproductive health rights. She argued that as it stands, the law put medical practitioners in an awkward situation since they risk facing murder charges for conducting safe abortions. Ndungu wants judges to define when life begins saying a foetus cannot be treated as an individual person. She asked her fellow judges to establish that a foetus is the extension of the mother and not an entity in itself, and that abortion is legal when the mother is infected with HIV. According to the Ministry of Health, more than 400,000 unsafe abortions are procured in the country every year. Despite these figures, abortion still remains an offence in Kenyan Law. Still, abortion is an emotive topic in a largely Christian country. In 2010, the subject almost scuttled Kenya’s Constitution when churches accused drafters of trying to legalise abortion. ALSO READ: Barcelona football player Messi loses appeal in tax fraud trial “It allows abortion on demand,” said the National Council of Churches of Kenya. The Catholic Church was especially vocal in its opposition the abortion clause, urging its followers to reject the Constitution under the clarion call: “Choose life.”