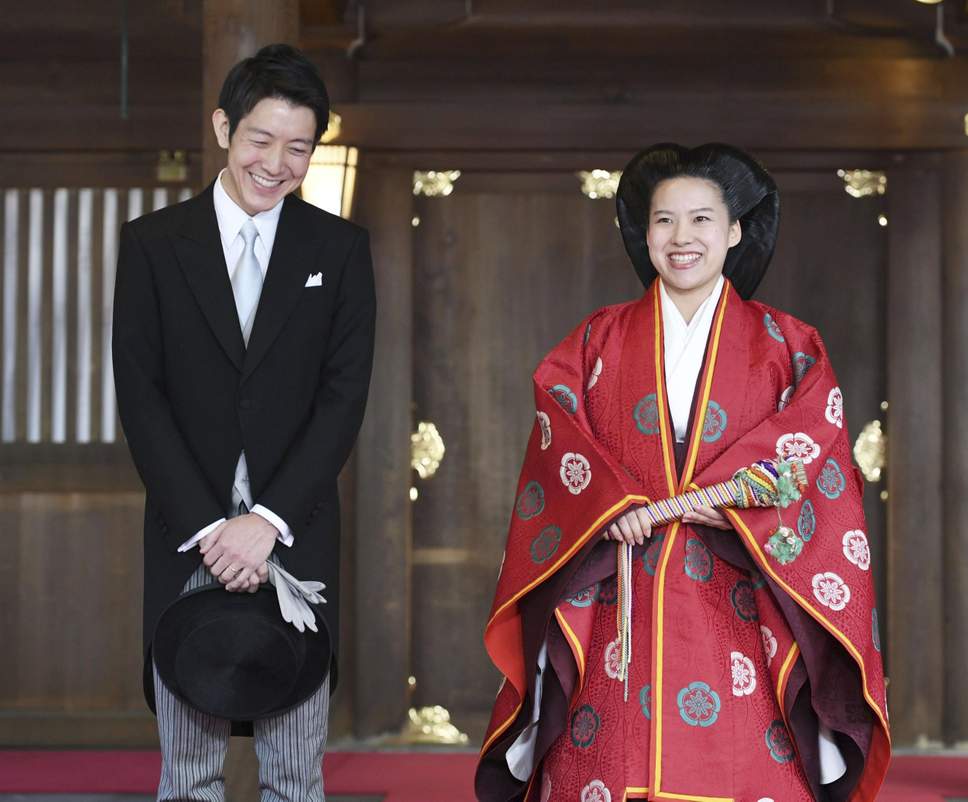 The princess wore a many-layered court kimono and moulded hairdo typical of the imperial aristocracy, while the groom wore a black tuxedo with grey trousers for the ceremony at the shrine dedicated to the spirit of her great-grandfather, Emperor Meiji.

“I’m filled with joy to get married and to have so many people visit us at the Meiji Shrine and congratulate us,” Princess Ayako told a news conference after the private Shinto wedding ceremony.

Japanese royals have been given freedom to marry whom they choose for at least three generations.

Emperor Akihito was the first crown prince to marry a commoner, who became Empress Michiko. They met on the tennis court.

Princess Ayako had to renounce her imperial status because she married a commoner, as is the practice for women under Japan’s succession law. She will become Ayako Moriya after signing marriage papers later on Monday.

Japan’s royal family is experiencing a shortage of males. Crown Prince Naruhito, who takes over after Akihito abdicates next year, his brother Fumihito, his nephew Hisahito and Masahito, the octogenarian brother of the current emperor, are the only four male heirs to the throne left.

The shrinking royal family has raised concerns and calls for changes in the imperial succession law, but conservatives are deeply resistant to allowing females to inherit the Chrysanthemum Throne.