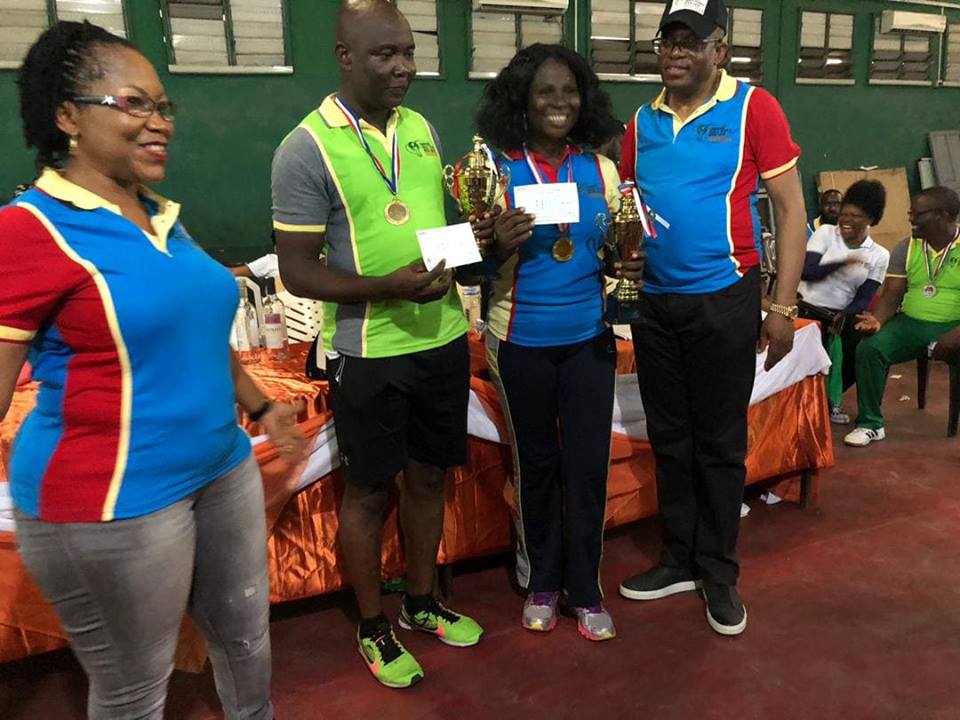 Titilayo Osagie won the women category of Lawyers Table Tennis Open(Mfon Usoro cup) 2018 after defeating the defending Champion Yetunde Martins in a hot finals that ended 11-6,11-5 and 12-10 in favour of Mrs Osagie.

Mrs Osagie has won the tournament seven times previously before Yetunde Martins beat her in the 2017 games to emerge the 2017 Champion. Titilayo Osagie bounced back in 2018 to defeat Yetunde Martins in the 2018 finals making it the 8th time she will be winning the trophy.

In the men category, first time players in the competition took the first, second and third positions kicking Tunji Abdulhameed the defending champion to a position of obscurity.

Yahaya Olarewaju,a first time competitor from Lokoja took the trophy away after beating Seye Oki is a fierce finals which ended 11-5,11-6,11-6.

The 2018 Lawyers table Tennis Open(MFON USORO CUP) was the 10TH Anniversary  of the event which began in 2009.