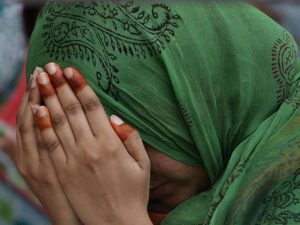 A village council in Pakistan ordered the rape of a 16-year-old girl as punishment for a crime committed by her brother.

Police have arrested fourteen members of the council from Raja Ram, outside the city of Multan, for ordering the punishment after a 12-year-old child was allegedly raped by the girl’s brother.

The council was initially approached by the 12-year-old’s brother, who they told to rape the 16-year-old in return for the alleged crime – an order which he carried out shortly after.

The man who raped the 12-year-old remains at large according to Rashid Taheem, the local officer leading the investigation.

Local disputes in rural areas of Pakistan are traditionally judged by village councils, called jirgas, but the decisions made by councils are not legally viable.

Many jirgas have been condemned for their treatment of cases involving women in particular.

In 2002, a jirga in the village of Meerwala ordered the gang rape of Mukhtar Mai after her brother was wrongly accused of assault.

Ms Mai pursued the case through the Pakistani courts for over a decade and, although her attackers were eventually acquitted, she went on to become a famous activist for women’s rights in the country.