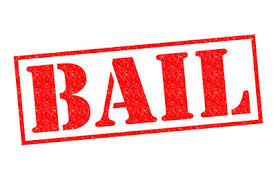 I do not want to believe that Nigerian Lawyers actually use this phrase.Maybe because I am a Lawyer and I cringe each time I hear it.

Frankly, I am not in a position to affirm who is really at fault here. The phrase “bail on self-recognition” is becoming very popular .That is wrong. It should be “bail on self recognizance”

Some Lawyers have blamed it on the press who lack the training to report the courtroom. Yes it could be, but many lawyers in updating their social media profiles on trials still use the word recognition . The bad news is this, using “recognition“ is gradually becoming acceptable. If that happens, it will further devalue the Nigerian Lawyer or perhaps, the Nigerian Press.