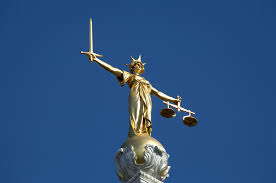 A mother who no longer liked her child’s middle name has won the right to have it removed in a legal challenge costing thousands of pounds in legal aid.

In the new case the mother, who cannot be named, objected to the child’s middle name because  it was the same as an infamous public figure which she said gave it negative connotations and would therefore harm the child.

But the father wants to keep the name arguing it is an essential part of the child’s identity.

So the mother took the case to the family court where she was granted legal aid.

District judge Cooper ruled in her favour last year but the father was granted the right to appeal.

In a separate hearing in May this year the father assured the judge he would only use the child’s first name and would not refer to the famous name in any correspondence.

But this week the appeal judge hearing the case in Lincoln, His Honour Judge Rogers, agreed that the continuing existence of the middle name would damage the child’s emotional welfare and upheld the order to have it removed by deed poll.

He said: “At  birth the child was given two forenames by the parents and registered with both. The child is most commonly known by the first name but the father uses both and says he favours the middle name.

“The middle name is a normal well established name.  It is not eccentric  or in itself offensive. However, the mother’s case was that, as a result of its association with a notorious public figure, it is infected with bad connotations.”

The case is bound to draw unfavourable comparison to Charlie Gard, whose parents were denied legal aid to try to save their son’s life.

Last week politicians criticised the legal aid system after it was claimed that the Gards did not receive legal aid.

Local MP, Labour’s Seema Malhotra was reported as saying: “It’s clear it needs overhauling. The heartbreaking case of Charlie Gard highlights why it’s wrong for parents facing this situation to not have access to legal support or for there to be so much uncertainty.”

Referring the first hearing the judge added: “Although the mother was represented at trial, I regret to say that it does not appear that the Judge was addressed upon the precise nature of the order sought in respect of the name or the practical consequences of such an order.”

He added: “The difficulty, in my judgment, arises when one comes to consider the consequences of the welfare based order, how it is implemented and how it is enforced…..In my judgment if a party with parental responsibility wishes to effect a change of name by Deed Poll against the wishes of another he or she should spell it out so that the full implications can be considered.”

Inviting the matter to be resolved by the High Court he said: “The order made is permissive for the mother to change the name.

“It does not prohibit the use of the name, nor is it, in terms, an injunction against the father to prevent him so addressing the child.

“Had that been considered, the obvious difficulties over policing and enforcement would have come to light. How would the communications between the child and the father (both oral and in writing) be monitored and, in any event, would any devisable method of monitoring be healthy or in the interests of the child?”

He dismissed the father’s appeal but opened the door for the issue of implementation of the name removal to be addressed by another court.