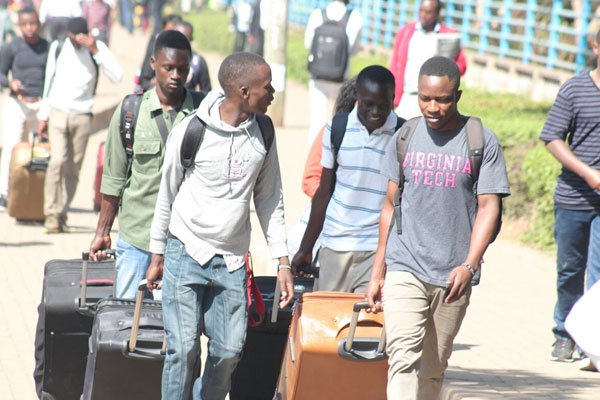 University of Nairobi has been closed indefinitely and students ordered to vacate halls of residence by Tuesday 9am.

The university Senate resolved to close the institution due to security concerns, the Director of Corporate Affairs John Orindi said.

“We will announce when the institution will re-open,” said Mr Orindi.

The development comes in the wake of last week’s protest by students which left 27 of them injured.

A former student leader, Paul Ongili alias Babu Owino was arrested and faced various charges including subversion and uttering abusive words.
Police raided the Nairobi campus to quell the protests and were accused of not only beating up students brutally but also demanding money before releasing them.
Last night a handful of students staged protests demanding for the resignation of the Vice Chancellor Professor Peter Mbithi.
The students carried placards and chanted, “Mbithi must go!”
Student leaders of the university are divided.
One faction is advocating for demonstrations to remove the VC from officer while another faction is seeking for a resolution of their grievances through dialogue.
Nation.co.ke