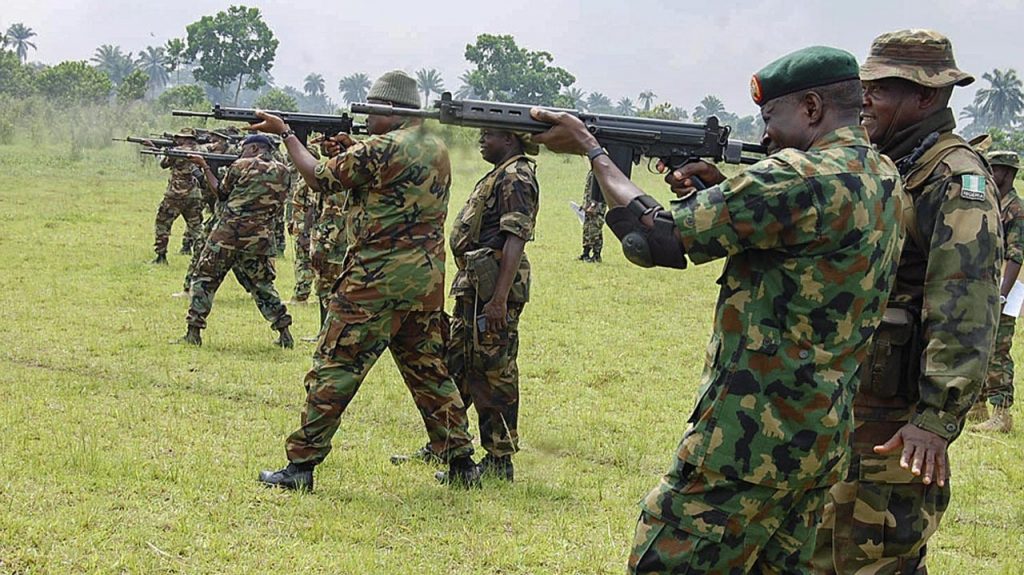 The Nigerian Army authorities have concluded plans to launch a special operation in the South-South and South-West this week, coming barely three weeks after it equally launched Operation Python Dance II, in the South-East.
The special operation, code-named, Operation Crocodile Smile Ii, according to army sources, would be launched simultaneously in the two regions of the country tomorrow. Although the official commencement of the operations, according to a source, is billed for Friday this week, it was gathered that it would informally kick start tomorrow. Official announcement of the operations intended to take place simultaneously in the South-South and South-West is to be made today in Abuja, by Chief of Army Staff, Lt. General Tukur Buratai, at a press conference. The special operations, which will be similar to that of Operation Python Dance in the South-East, are coming following the determination of the Nigerian Army authorities to immediately bring to end the prevailing security problems, especially kidnapping, armed robbery, destruction of national assets, among which are oil and gas installations and ritual killings associated with the two regions. Already, arrangements have been made for deployment of combat-ready personnel to the two regions for the special operations The exercise in the South-West, according to the source, will be conducted in 35 Artillery Brigade Area of Responsibility, AoR, in the South-West region while that of the South-South would be carried out in the Area of Responsibility of the 6 Amphibious Division of Nigerian Army, with headquarters in Port Harcourt, Rivers State. Vanguard gathers that while the concentration of the special operation in the South-South would be Rivers, Bayelsa and Delta states, that of the South-West would focus principally on Ogun State. Emphasis, during the exercise will be placed on raids, cordon and search operations, anti-kidnapping drills, road blocks, check points, patrols, humanitarian relief activities such as medical outreach and show of force to curb the rising threat to national security in the South-South and South-West.