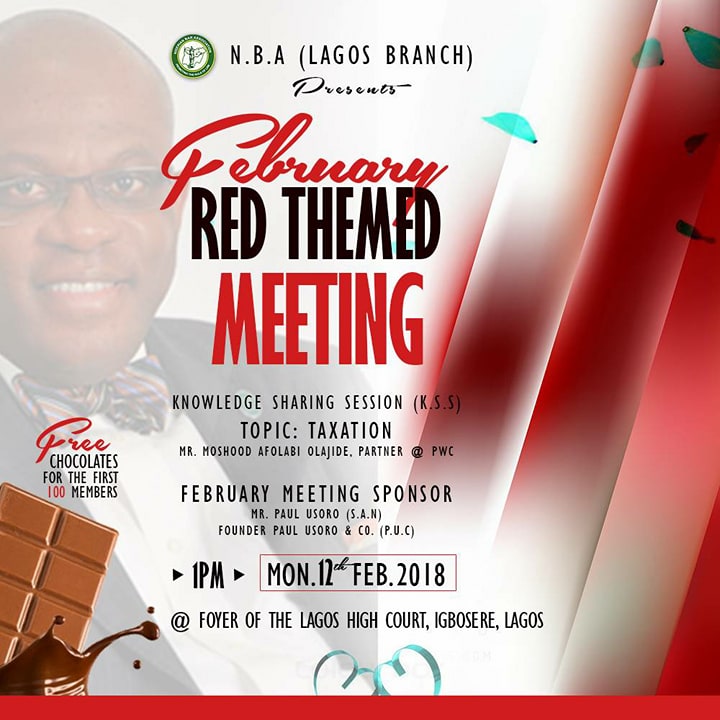 The knowledge sharing of this month’s meeting of the Nigerian Bar Association,Lagos branch will be on taxation and will be delivered by Mr Moshood Afolabi Olajide.

The meeting which holds tomorrow,12th of February is themed,a red meeting.According to the Social Secretary of the branch,Uche Nwadialor in her communication to Courtroom MAIL,she said the idea of the red theme is to celebrate the season of love.

She also said that the first hundred members to arrive at the meeting will receive  free chocolates.

Among others,he has sponsored the biggest sporting event among lawyers in Nigeria since 2009,Lawyers Table tennis open,named after his wife,Mfon Usoro where lawyers have won Law  Reports, return tickets to the IBA Conferences in Vienna,Tokyo and Washington DC among other cash prizes.

The meeting will be the second meeting this year.