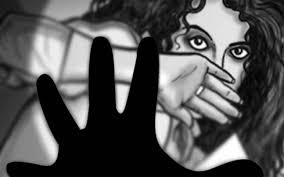 Yobe State Police Command said it has arrested a man for molesting and raping an 18-month-old baby in Karasuwa.

The Command’s Public Relations Officer, ASP Dungus Abdulkarim had disclosed this in a crime update.

“During the week under review, Yobe State Police Command, through Karasuwa Divisional Police Headquarters succeeded in arresting one Ado Alhaji Kanwa who hails from Kazaure, Jigawa State but presently residing in Karasuwa LGA of Yobe State for peasant farming.

“The suspect was arrested after having molested and raped an 18-month-old baby girl, identified as Adama Mohammed in Karasuwa LGA.

“The Victim sustained various degrees of vaginal injuries as a result. Investigation has since begun for subsequent prosecution of the suspect.

Meanwhile, APS Abdulkarim noted that the State Commissioner of Police has called on members of the general public to always report all forms of criminality around them while going about their lawful activities.

According to him, the Commissioner further assured people in the state of the command’s full commitment in the fight against crimes and criminality in the state.

“Take responsibility, joint the fight against Coronavirus and stay safe,” he urged.