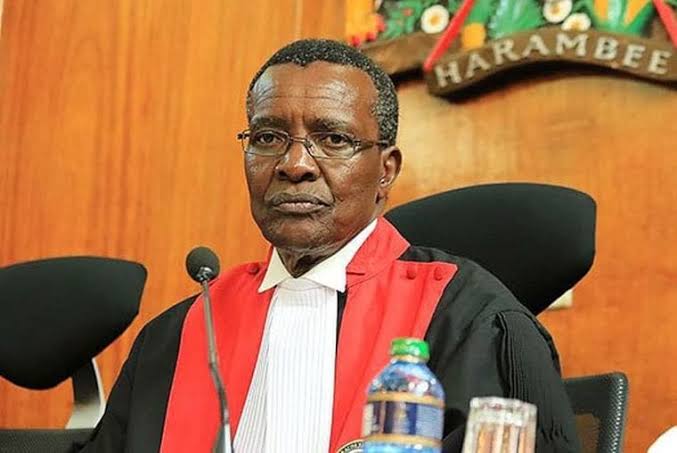 “The greatness of any nation lies in its fidelity to the constitution and adherence to the rule of law and, above all, respect to God.” David Maraga

David Kenani Maraga has retired as the 14th Chief Justice of Kenya after serving in that capacity for more than four years.

He was appointed as the Chief Judge by President Uhuru Kenyatta on October 19, 2016.

Before he rose to the Chief Judge ,he served as the presiding judge of the Court of Appeal.

Justice David Maraga made history by nullifying the August 2017 presidential election because of illegalities and irregularities that were presented by the petitioners. President Kenyatta was in the lead with 54% of the vote, but opponent Raila Odinga reported the evidence of the hacking to the Supreme Court. The Chief Justice ruling acquitted Kenyatta of any misconduct. The supporters of the president were disappointed with the ruling, while many Kenyans praised the ruling against President Uhuru Kenyatta, and restoring the independence of the judiciary.

Speaking during the official retirement ceremony at the Supreme Court in Nairobi on Monday, Mr Maraga called on Kenyans to continue giving unwavering support to judges and magistrates so that justice can continue flourishing in the country.

“Today, I want to assure the entire nation that I leave behind a strong Judiciary, a professional and enthusiastic corps of judges and judicial officers as well as staff who are deeply committed to the administration of justice,” Mr Maraga said.

He said Kenya must continue to invest in a strong, independent and fair Judiciary for sustained economic prosperity and political stability which “can only be guaranteed if the rule of law reigns”.

He thanked Kenyans for the support given to him during his tenure, and urged them to accord the same to Philomena Mbete Mwilu who will be serving in an acting capacity until a substantive Chief Justice is appointed.