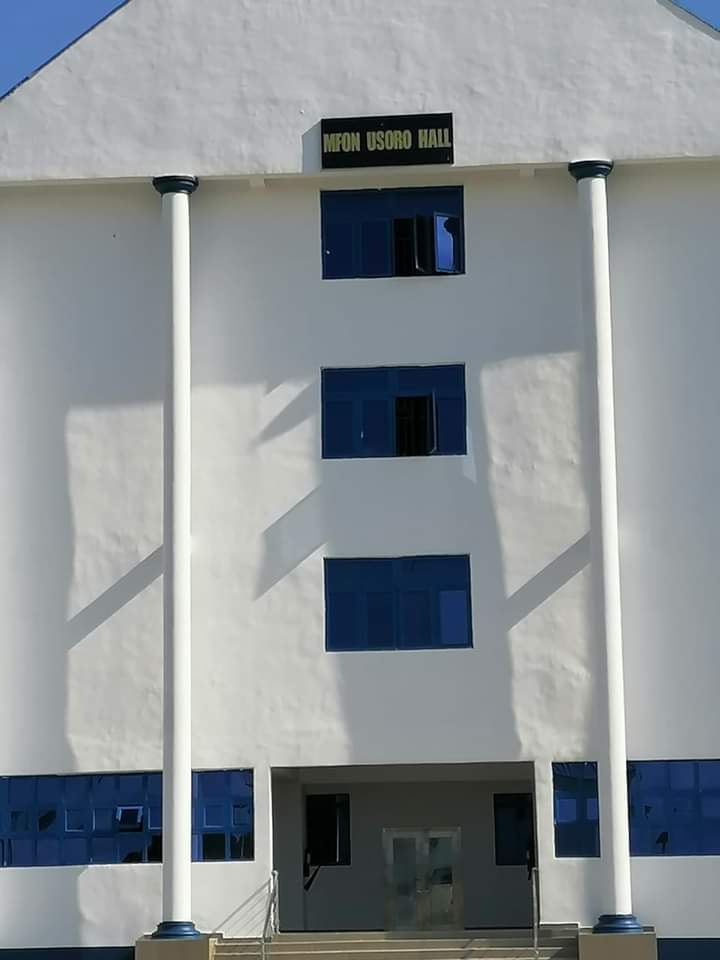 The Minister of State for Transport, Senator Gbemisola Saraki has commissioned a hall named after a former Secretary General of the Abuja Memorandum of Understanding on Port State Control for West and Central African Region, Mfon Usoro.

In what was a surprise encomium for Usoro, Saraki called this afternoon and placed Usoro on a video call to witness the event.

Speaking with the correspondent of mmsplusng, Usoro expressed delight and satisfaction at the development even as she lavishly thanked the Minister and all authorities that made it happen.

“I am so grateful to everyone, the Rector of MAN Oron, Comrade Duja Effedua, the Honorable Ministers, the Senate of the Academy, the cadets and everyone in the industry for their love and support over the years. I can’t contain this one,” she told MMS Plus newspaper.

Mfon Usoro is also a former Director General of Nigerian Maritime Administration and Safety Agency (NIMASA) and currently the Chairperson, Governing Board of the Nigeria International Maritime Summit (NIMS).