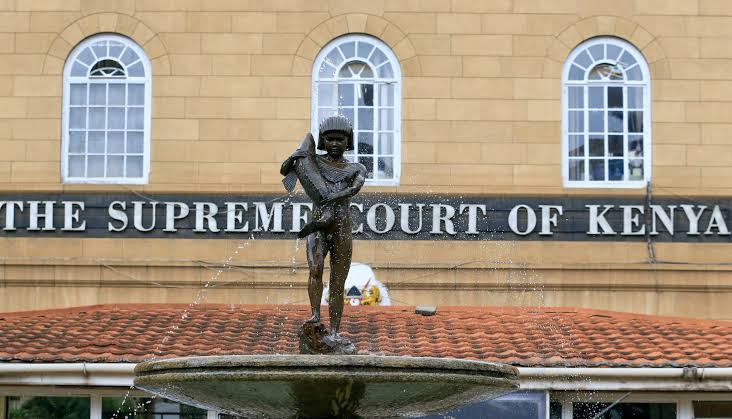 The Supreme court in Kenya will tomorrow 5th of September decide on nine issues raised by the petitioners around the integrity of the presidential election and the legality of declaring Deputy President William Ruto the president-elect.

The seven judges retreated Friday to make their politically consequential decision after concluding the hearing of a consolidated petition.

Mr Odinga, the opposition leader who lost his fifth presidential bid by a narrow margin, alleges that the election was stolen and has asked the Supreme Court to either nullify the results announced by the chairman of the electoral commission on August 15 and order a repeat poll or declare him the winner.

His legal team argued in court that there was massive vote rigging, citing certain discrepancies in vote count entries at polling stations and those transmitted electronically to the national tallying centre in Nairobi.

Mr Odinga also claimed that some foreigners, including Venezuelan nationals arrested by Kenyan sleuths in possession of election materials a week to the election, were allowed access to the electoral commission’s system to manipulate results in favour of Dr Ruto.

Lawyers representing the president-elect and the electoral commission defended the IEBC and asked the court to uphold the results, terming some of the allegations in the petition “fiction”.

If a majority of the judges dismiss the opposition leader’s grievances and uphold the results declared by the electoral body, Kenyans will have a new president sworn in on September 13 to take over from Uhuru Kenyatta.

Should they invalidate Dr Ruto’s victory and order a repeat election, however, it will not be until November that a new president will take office.

The court created by the country’s reformist 2010 Constitution also arbitrated disputes over the past two presidential elections in 2013 and 2017 and famously overturned President Kenyatta’s re-election victory in 2017.

In case the court grants Mr Odinga’s prayers to have the chairman of the Independent Electoral and Boundaries Commission (IEBC) Wafula Chebukati indicted and barred from conducting a repeat election, the transition could be prolonged even further.

In 2017 Kenya became the first African court to scrap the victory of a sitting president when its judges nullified the result of a presidential election fought by Odinga and outgoing president Uhuru Kenyatta, who at the time was seeking a second term. Kenyatta secured victory in the rerun after Odinga boycotted it.

Fingers are crossed at the moment as Kenya and the whole world await the result that could either finally send Raila Odinga on retirement or fulfill his dreams in a seemingly last attempt to lead Kenya.