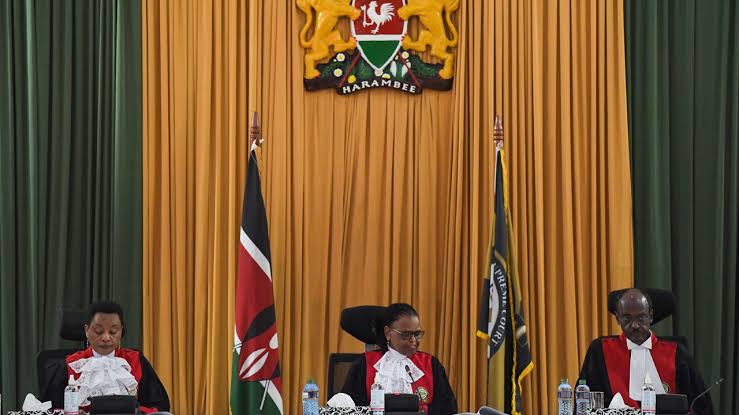 The Supreme Court of Kenya on Monday dismissed the Presidential election petition by Raila odinga .

The apex court in its unanimous judgment delivered by the Chief Justice, Martha Koome, dismissed the petition by opposition leader, Raila Odinga, against Ruto’s electoral victory.

The Presidential election was held on the 9th of August 2022

“It is our finding that the declared president-elect attained 50% plus one of the votes cast” in accordance with the constitution, Koome said. “This is a unanimous decision of the court.”

The official results showed Ruto, who has served as deputy president since 2013, won 50.5% support in the Aug. 9 vote and Odinga, a former prime minister, 48.8%. The judgment paves the way for Ruto, 55, to be sworn in as President Uhuru Kenyatta’s successor on Sept. 13.

“We are vindicated by the choice of the people of Kenya,” Ruto said at a briefing in Nairobi. “With a unanimous decision of the Supreme Court of Kenya, our lengthy, suspenseful and protracted election has come to an end.”

While four of the Independent Electoral and Boundaries Commission’s seven members distanced themselves from the election outcome, they didn’t explain why they considered it to have been compromised or substantiate their allegations that the verification process was opaque, Koome said.