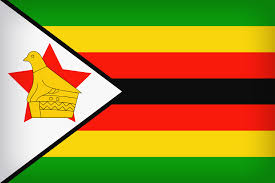 Zimbabwean white commercial farmers, who were kicked out of their properties at the height of the southern African country’s chaotic land reforms, have launched a fresh bid for “justice and compensation” amid violent invasions of the few remaining white-owned farms.

The displaced farmers had since notified President Robert Mugabe’s government, through a South Africa based civil rights group, Afriforum, of their intention to approach the Southern African Development Community (SADC) with a view to be compensated by the Harare administration.

“On August 16 and 17, 2017 formal notice to initiate proceedings was served by the farmers’ legal team on President Robert Mugabe, three of his ministers and the Zimbabwean government collectively under the Southern African Community Development Community (SADC) Finance and Investment Protocol,” read a statement.

“We have a final and binding judgment from the SADC Tribunal in 2008 which held that fair compensation should be paid by the Zimbabwe government for land it had taken and the government is in contempt of it,” added Freeth.

The farmers could not seek the enforcement of tribunal’s ruling after the regional bloc disbanded the tribunal following protests from the Zimbabwean government.

“Unless the culture of impunity stops, no investment will take place in our country and the economic crisis will deepen.  Without property rights and the rule of law, our negative trajectory as a failed state will accelerate,” warned Freeth.

According to the Commercial Farmers Union of Zimbabwe, more than 4 000 white commercial farmers and their employees were displaced at the height of the land seizures embarked on by Mugabe’s Zanu-PF government in 2000. Some of the farmers lost their lives during the chaotic land seizures.

The latest bid came at a time when Mugabe had threatened all white farmers still remaining on their land that they would lose their properties to pave way for his supporters and ordinary Zimbabweans who had no access to land.