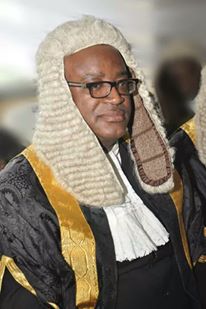 In 1992, the Nigerian Bar association experienced an unprecedented crisis in a conference in Port Harcourt. For six years, the Nigerian Bar Association existed without a National Executive. In 1998 the impasse was resolved and a delegate system of election was later introduced .The system ensured that branches of the NBA voted according to their strength not necessarily number. The delegate system required branches of the NBA to appoint a few people that will vote on their behalf. Many years later, lawyers started kicking against it as undemocratic. The fact that the NBA was at the fore front of the fight for democracy further indicted the process  making the association look hypocritical in its pursuit of democratic values.

Apart from that, the system was flawed in many ways. It aided manipulation of the elections to predetermine who the leader of Africa’s biggest bar will be. Soon after, the “inclusive clause” was introduced to ensure that the leadership of the bar equitably moves round across the regions, it became easy to predict who was going to be the president even for 6 years in advance.

In July 2014, Austin Alegeh was elected the President of Nigerian Bar association in a hotly contested and rancorous election held in Abuja .He was a product of the predictive election. Many people including those who didn’t support him knew he was going to be the next President .In view of that, it was difficult to believe that Mr Alegeh will have the honour to fight a system that produced him. He sure did.

On the 27 of August 2015, the General Meeting of the Nigerian Bar Association adopted a constitution that radically changed the way Lawyers ran their affairs. Among the changes in the constitution were the abolition of the delegate election and the introduction of general elections via e-voting.

This singular act, made the participation of Lawyers more inclusive. Though the process met challenges as it was put to test in the election of his successor, majority of Lawyers are convinced that it was a bold step in the right direction. History will forever remember Austin Alegeh as the man who abolished a system that excluded lawyers from their affairs and introduced massive participation in lieu. This is why he became Courtroom mail’s person of the year 2016.