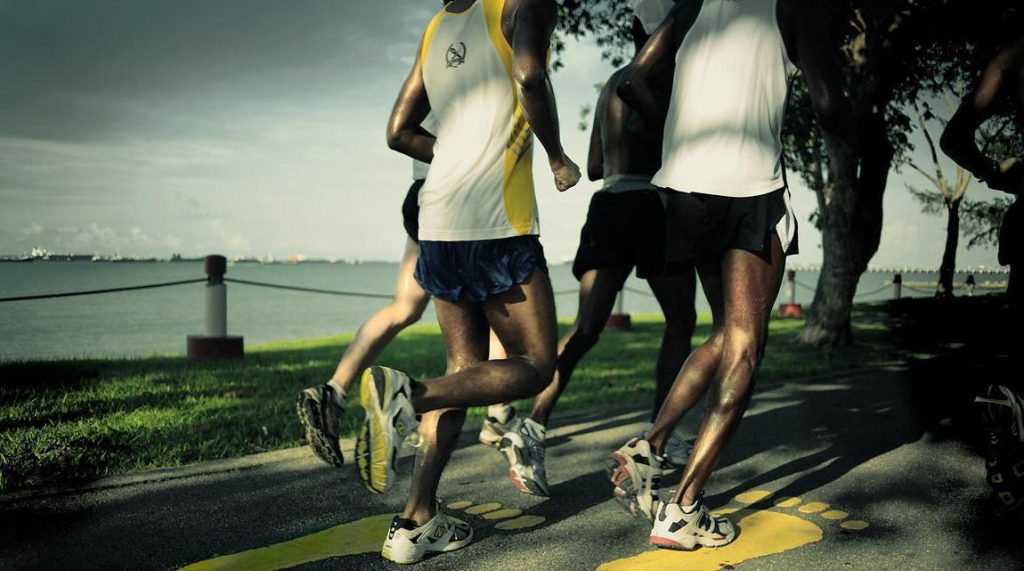 In Sierra Leone, it was common to spot bands of young people jogging along the streets on weekend mornings in cities across the country, where exercising in groups is popular. Some crews ran in complete silence, while others sang and clapped as they loped along, sometimes following vehicles blaring music.

These running groups have been a fixture in Sierra Leone for decades. Now, authorities have put an end to the practice, citing disorderly and criminal behavior.

But local rights activists have condemned the ban, calling it an attempt to limit group assemblies and to stifle free expression ahead of elections early next year.

The national police force in Sierra Leone issued a statement last month prohibiting group jogging, saying authorities have “observed with dismay” that large numbers jog in the streets “with a hint of menace, raining insults, obstructing traffic, pounding on vehicles, playing loud music” and robbing those they pass.

Francis Munu, the inspector general of the Sierra Leone police force, speaking in a radio interview in defense of the ban, said that “unruly individuals” often join the jogging groups and are “snatching phones” and “causing public unrest.”

Mr. Munu added that while he understood that people should be able to gather in groups and move about freely, the jogging packs were putting public safety at risk.

Some runners, and others, however, were skeptical of the motivations.

Weekends, the peak time for pack running, are generally quiet in the nation. Shops have been ordered shut on Sundays across the country since an outbreak of Ebola swept through Sierra Leone three years ago, killing thousands. The streets are virtually abandoned except for the runners, who are often dressed in soccer jerseys and sometimes are carrying large stereos.

“How can people snatch phones and cause public unrest on a day when shops and offices are closed and the streets are empty?” asked Andrew Marrah, a Sunday jogger in Freetown, the capital. “There is no reason to stop us from jogging.”

Some local rights groups said they suspected that the motivation for the ban was political. Government officials are thought to be worried about the influence these running groups might have as the country moves toward a major presidential election.

The ruling party, the All People’s Congress, may be trying to avoid a repeat of the events that helped it secure power during the presidential campaign a decade ago.

The party, then part of the opposition, was accused of paying young people, in cash and alcohol, to take to the streets in jogging packs on the weekends, singing hate songs and shouting slogans against the government.

The All People’s Congress won that election and its candidate, Ernest Bai Koroma, became president. Mr. Koroma won re-election in 2012 but cannot run again because of term limits.

Two opposition politicians who are expected to campaign for president, Julius Maada Bio and Kandeh Kolleh Yumkella, are often seen jogging along the streets and beaches of Freetown on the weekends. As they run, supporters trail them, singing and offering praise. The crowds flowing behind them have recently become bigger.

Karim Bah, the secretary general for the Movement for Social Progress, said the ban reflected a government nervous about its election prospects.

“The right to peaceful protests has been under attack since this government came to power,” Mr. Bah said. “We have to defend our right to freedom of assembly. This is unacceptable.”

In Sierra Leone, public protest is allowed only with police clearance, which is rarely issued.

So far, the ban appears to have been applied mostly to runners along streets. Samuel Saio Conteh, a spokesman for the Sierra Leone police force, said runners were still free to jog in groups along beaches and in recreational areas, like the tracks around soccer stadiums.

(Two weeks after an enormous mudslide killed hundreds in the capital, many areas popular with joggers, whether alone or in groups, remain uncleared.)

The ban even applies to members of the country’s armed forces, who are accustomed to jogging along streets as part of their training, Mr. Conteh said. With the new ban, he said, they will need clearance from the country’s police force.

Other groups, too, can apply for police permission to jog in large groups.

“By requesting for a clearance, the police board may know who to hold responsible in case of a public disorder,” Mr. Conteh said.

Many runners worry the new ban will disrupt what has become an important part of their exercise routine.

Abu Bakarr Suma, a computer and phone technician in Freetown, said he realized about two years ago that he had put on too much weight and decided to start exercising. At first, he would run for about 20 minutes, just around his neighborhood.

But by joining a running group he has built up his endurance so that he can jog for as long as two hours, and he has lost weight as a result.

“No one is left behind when you run in groups,” Mr. Suma said. “The singing, clapping and the music keep you going.”

The destination for Mr. Suma and most runners in Freetown is a road skirting Aberdeen Beach, a spot that on most Sunday mornings looks like an open-air gym. The sand is dotted with weight lifters, soccer players and volleyball matches, as well as young children taking long walks with their parents.

Mr. Suma’s running group starts off with about 20 men and women, but as they go, others typically join in, and by the time they arrive at the Aberdeen roundabout, just before the main beach, the group has grown to more than 60 people.

Now that street jogging has been banned, Mr. Suma and his running mates plan to register their group as a social club, which can be an expensive and time-consuming process. But they hope to obtain police clearance for members to jog on the streets again soon.

“I don’t know if that will work,” Mr. Suma said. “But even if it works for us, there are others who may not have the means to register their group. That means their freedom will be limited.”
NYTIMES