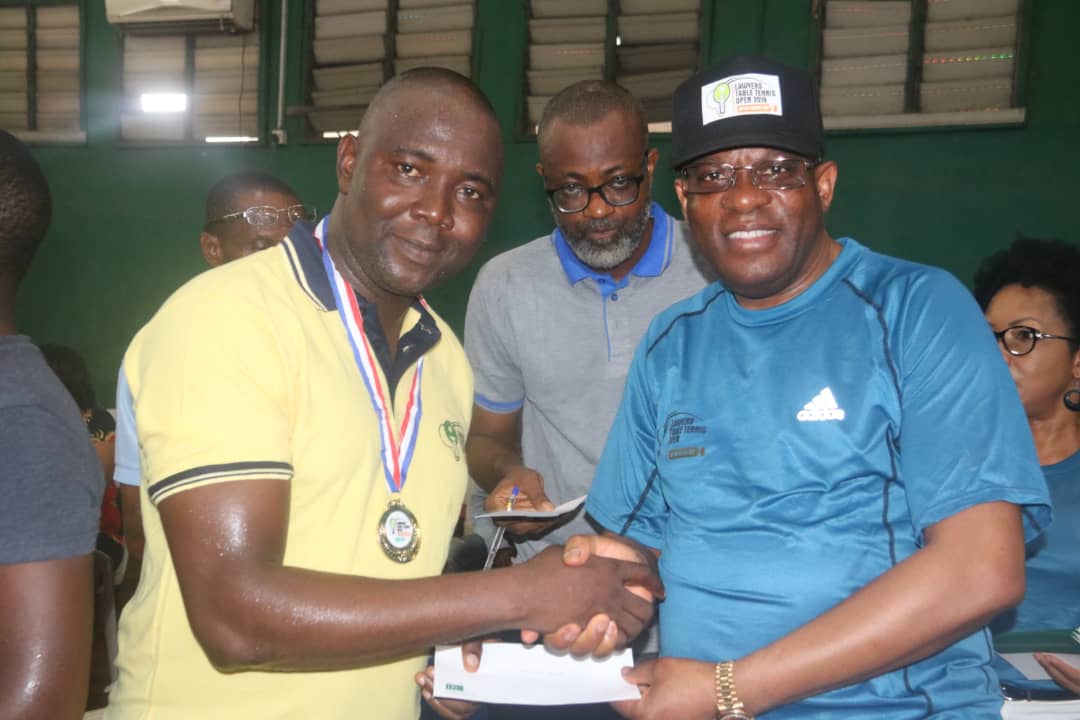 He defeated Ajila Oladapo from Shaki,Oyo state in a hotly contested finals to emerge the champion for the second time.
Mr Olarewaju who flew in from Lokoja to participate in the competition,won the competition for the first time in 2018 taking the reign away from Lagos based lawyers who have dominated the event since it began in 2009.
He got a trophy and a prize money.
The second position went to Ajila Oladspo while the third position went to Kabir Adeleke from Lagos who has previously won the tournament.
On the female Category,Titilayo successfully defended her title winning her usual rival,Yetunde Martins. Sisan Ezeikpe came third.
The President of the Nigerian Bar Association,Paul Usoro,Kayode Enitan SAN,Mrs Mfon Usoro (the title sponsor) and Mrs Efe Etomi were present at the finals with other lawyers coming from different parts of the country.