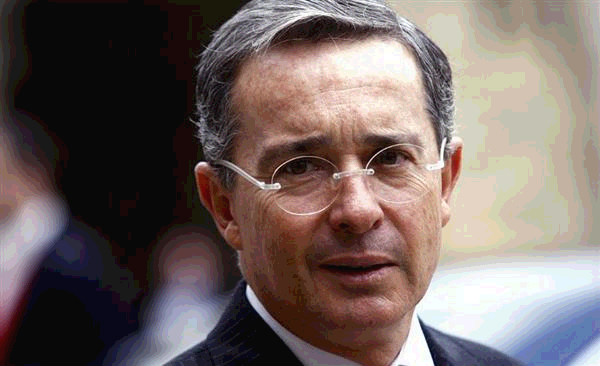 A court ordered the investigation of Colombia’s former President Alvaro Uribe for his alleged involvement in two massacres carried out by paramilitary forces in the 1990s.

According to the Superior Tribunal of Medellin, evidence related to massacres in the towns of El Aro and La Granja “probably compromise the criminal responsibility of several people like the then-governor of Antioquia, Alvaro Uribe.”

The latest charges are another blow to the family of Uribe, whose brother is already in jail on suspicion of leading a paramilitary death squad in the early 1990s.

The story of Santiago Uribe and the 12 Apostles
The former president was already investigated for his involvement in the massacre of El Aro and a 2002 military offensive in Medellin that consolidated paramilitary rule in the west of the city.

The court ordered to amplify these investigations when sentencing two ranchers from the region to 30 years in prison for ordering the murder of the key witness against Uribe.

The decision to assassinate human rights defender Jesus Maria Valle was taken together with Uribe’s then-chief of staff, Pedro Juan Moreno, according to the court.

“Especially those who were part of the state institutions; the Governor’s Office of Antioquia, the military, the police, the defunct DAS, as well as certain economic groups” were never properly investigated despite their alleged involvement in the massacres, the court said.

According to the former president, Pinilla is a “reintegrated member of the M-19” guerrilla group who should be investigated for terrorist attacks carried out by the group before its demobilization in 1991.

The former judge never was a member of M-19 and reminded Uribe that “I am not the only one who has issued court orders over your actions.”

Uribe is currently the leader of the hard-right Democratic Center party. The party has fiercely opposed a peace process with Marxist FARC guerrillas and is vying to become Colombia’s largest political party when congressional elections are held next month.

More than 60 congressmen and seven former governors, mainly belonging to Colombia’s exclusive ruling class, have been sent to prison for their ties to paramilitary death squads.