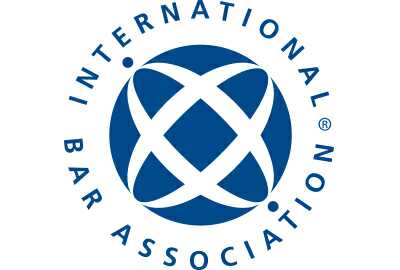 In an open letter to His Excellency Mr Xi Jinping, President of the People’s Republic of China, the International Bar Association’s Human Rights Institute (IBAHRI) has called for the cessation of the persecution of human rights lawyers in China and for adherence to the international legal instruments that safeguard the independence of legal professionals.

Penned by IBAHRI Co-Chairs, former United Nations Legal Counsel and Under-Secretary-General for Legal Affairs Ambassador (ret.) Hans Corell and former Australian Justice the Hon Michael Kirby AC CMG, the letter expresses ‘serious concern over the unwarranted interference with the professional duties of lawyers’. Disturbed by the number of human rights lawyers and activists disbarred, detained, interrogated or charged since July 2015, the Co-Chairs go on to describe the current state of affairs as ‘an unacceptable intrusion on the independence of the legal profession, which undermines the rule of law and threatens democratic principles’.

Further, the letter references two recent cases: the disbarment and arrest of Mr Yu Wensheng and the disbarment of Mr Sui Muqing. Mr Wensheng had his licence to practise law removed, was arrested on 19 January and held at Shijingshan Detention Centre on charges of ‘obstructing official duties’ and, according to reports, was formally charged on 27 January with ‘inciting subversion of state officials’, after he posted two letters online calling for government reform. Currently, he is under residential surveillance in a designated location.

Mr Muqing was disbarred on 22 January for events that occurred in 2014 and 2017: in 2014, he allowed his client to disrupt the court and, in 2017, he took photographs at a police station while with a client. The notice of disbarment for Mr Muqing, who has publicly made allegations against the government of torture and the mishandling of human rights cases that he served on as a lawyer, cites online posts and public speech critical of the Chinese government as reasons for the exclusion.

In the letter, Ambassador (ret.) Corell and Mr Kirby convey the IBAHRI’s concern that both Mr Wensheng and Mr Muqing have been targeted as a result of fulfilling their duties as legal professionals. The Co-Chairs state, ‘the IBAHRI respectfully reminds Your Excellency of the international, national and regional legal provisions guaranteeing the independence of the legal profession’, before urging China’s compliance with its obligations to international and national law. They cite relevant Articles in the International Covenant on Civil and Political Rights, the Universal Declaration of Human Rights and the Basic Principles on the Role of Lawyers, as well as those under China’s own Constitution enshrining freedom of expression, demonstration and association; the unlawful deprivation or restriction of freedom by detention; and protection of the rights of citizens to criticise and make suggestions to any state organ or functionary.

The letter concludes with the request for the relevant authorities to ensure Messrs Wensheng and Muqing are afforded the rights enshrined in international law and the Constitution of the People’s Republic of China; for President Xi to ‘take all possible measures to ensure that lawyers can carry out their legitimate professional activities without fear of intimidation, harassment or interference, in accordance with international human rights standards’; and for assurances that the IBAHRI’s concerns ‘will be addressed as a matter of urgency’.