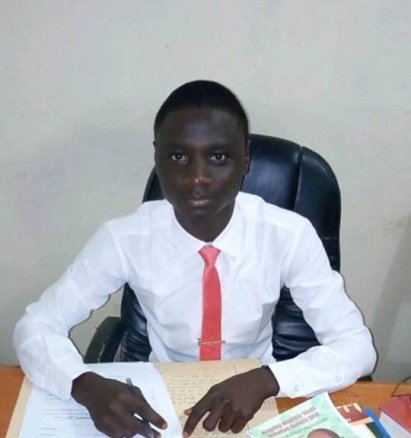 It is not unusual for people to change their names in Nigeria. The reasons behind that are diverse. Changing of name is hardly a problem since it mostly falls within private affairs of individuals.

But one cannot rule out the possibility of issues arising from such change of name or attempt to change the name. For instance: in some work places, restrictions are placed on the specific names that can be changed or even prohibit the change of name completely; most schools including universities do not permit change of name once admitted as student etc

This article seeks to state the law as it relates to legality or otherwise of institutions, organizations, places of work etc prohibiting their staff or students from changing their names.

In NMCN v. ADESINA (2016) LPELR-40610(CA), Kehinde Yekini was a nurse. After marriage and conversion to Christianity, she changed her name to Mrs Esther Bose Adesina. Nursing And Midwifery Council Of Nigeria (NMCN), a body responsible for the granting and renewal of nursing license refused to renew her license with her new name but rather renewed same with her old name. NMCN claimed that their rules and policy prohibits changing of names except surname. In fact, for males, change of name is totally prohibited without an exception. She approached Court for the enforcement of her fundamental rights to Religion and freedom from discrimination. The court gave judgement in her favour and nullified that policy. The Court reasoned as follows:

“It is my considered opinion, a Nigerian and indeed any person entitled to change his name not only for marital purposes but also for religious purposes especially in a country like Nigeria both male and female can change their name for instance a Christian, Abraham can chose [sic]to be Ibrahim, a Muslim or vice versa if the interpretation or decision of the Respondent is to be conceded to then there would be a discrimination that only females can change but their maiden name, but not their whole names. There is no Law that says a female cannot change all her names. To that extent, I hold that the appeal has merit and this Court is prepared to strike down that provision of the guideline as being unconstitutional.”

NMCN appealed but they did not succeed. The Court of Appeal affirmed the decision above. The Court while agreeing with the learned judge that delivered the judgement at the Federal High Court Asaba held that:

“The Appellant never challenged the deposition that her change of name was consequent upon becoming a Christian.… it is pursuant to her constitutional right of freedom to change her religious belief that the Respondent became a Christian with the consequent change of name,… “Names are meant not only to identify. In Nigeria names are borne for a variety of reasons some for ethnic, religious reasons as well as circumstances of birth. In the instant case where the reasons advanced for the change of the names are religious and marital, the names are interwoven with the fundamental rights to practice religion of her choice and not to be discriminated against on that account. Section 42(1) of the 1999 Constitution…”

This case has laid to rest any likely controversy over this topic. Without peradventure, a Nigerian can change his name if he so wishes. Any other law or policy that prohibits change of name shall be null and of no effect.

Cases are authorities only on what they decide. This case has not laid a blanket principle to be applied in all circumstances. For a person to enjoy the unfettered right to change his name anywhere and anytime in Nigeria, he must connect same to one of the rights in chapter IV of the constitution. Else his action may fail.

It should be noted however that the burden is on the person relying on section 45 to establish that the law he is relying upon to prevent someone from changing his name is justifiable in a democratic society. See Abdulkareem V Lagos State Government (2016) 15 NWLR (pt. 1535) 177