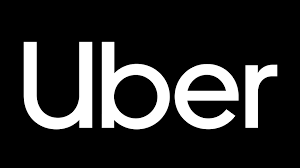 Uber will take its gig economy battle to the Supreme Court after it failed to overturn a ruling that grants its drivers workers’ rights.
On Wednesday the Court of Appeal upheld a 2016 decision ruling that Uber drivers were not self-employed but regular workers who qualify for basic rights such as minimum wage, holiday and sick pay.
The ride-hailing company argued that the employment contract was between the driver and the passenger, and that the app acted purely as an intermediary providing booking and payment services.

An Uber spokesperson said the decision does not reflect why the vast majority of drivers use the app, saying: “Almost all taxi and private hire drivers have been self-employed for decades, long before our app existed. Drivers who use the Uber app make more than the London Living Wage and want to keep the freedom to choose if, when and where they drive.”
“If drivers were classified as workers they would inevitably lose some of the freedom and flexibility that comes with being their own boss.”
The original 2016 ruling that Uber drivers were workers was made by the Employment Tribunal and the Employment Appeal Tribunal.
The case was brought by two Uber drivers, who were represented by the Independent Workers’ Union of Great Britain (IWGB). Uber mounted a two day appeal in September.
James Farrar, co-lead claimant on the case, said he was “delighted” by the court’s decision but was disappointed that the changes would be delayed until it is heard by the Supreme Court.
He said: “I am dismayed that implementation of worker status for drivers is further delayed while Uber seeks yet another appeal. This is nothing more than a cynical ploy to delay inevitable changes to its business model while it pursues a record breaking $120 billion stock market flotation.”
The company faced a backlash from its drivers earlier this month after changing its pay structure in 20 cities across the US ahead of its planned listing in 2019.
Earlier this year, a report from Oxford University found that drivers make £11 an hour after costs such as fuel and licencing, while working an average of 30 hours a week.
Ride-hailing apps and delivery companies such as Uber, Deliveroo and Addison Lee have all been embroiled in debates over the “gig economy” and worker’s rights.
In a series of legal challenges, workers and unions have demanded employee rights such as holiday and sick pay be awarded to workers.
The IWGB brought a similar case against Deliveroo in the High Court, which it lost earlier this month. The court found that Deliveroo riders cannot be classed as “workers” because they have the option of asking other riders to take their deliveries.
Source: Metro