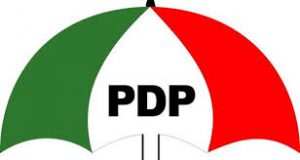 The Abuja Division of the Court of Appeal, on Thursday, adjourned sine-die , hearing on the leadership crisis rocking the Peoples Democratic Party, PDP. A three-man panel of Justices of the appellate court led by Justice Ibrahim Saulawa suspended hearing on the matter to await the outcome of a related case pending before the Port Harcourt Division of the Court. The decision followed a motion that was filed by the Ali Modu Sheriff faction of the party. The group had through their counsel, Chief Akin Olujinmi, SAN, urged the appellate court panel to temporarily hands-off the suit filed by the Senator Ahmed Markafi-led faction of the party. They based their request on the fact that the court in Port Harcourt had already heard the matter before it and reserved its judgment. The three pending appeals that were put on hold by the Justice Saulawa-led panel on Thursday were marked CA/A/402/2016; CA/A/402A/2016 and CA/A/402D/M/2016. The appellants are basically challenging a verdict that Justice Okon Abang of the Federal High Court in Abuja delivered on June 30, which recognised Sheriff as National Chairman of the Party. Justice Abang had in the said judgement, maintained that Sheriff has the authority to take decisions for the party, including briefing of lawyers to represent the interest of the PDP in court. Whereas the Sheriff-led faction was in the three appeals, sued as the 1st and 2nd respondents in the appeal by two chieftains of the party in Ondo and Edo states, Chief Benson Akingboye and Ehiozuwa Agbonayinma, respectively. The Independent National Electoral Commission, INEC, was cited as the 3rd respondent in the three appeals.