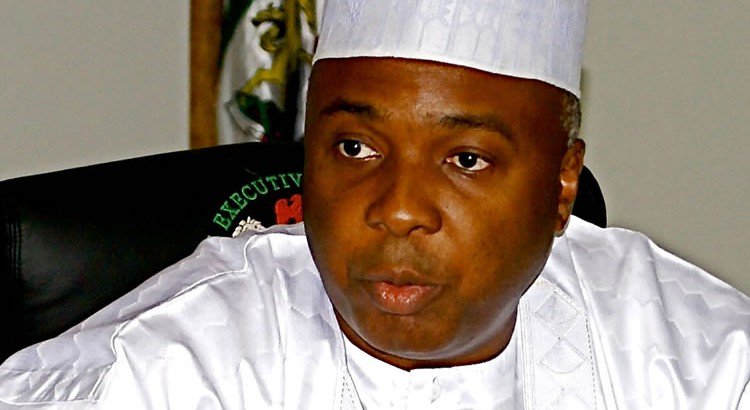 The Supreme Court, on Thursday, fixed July 6 to deliver judgment on the appeal seeking to stop the resumed trial of the Senate President, Dr. Bukola Saraki, before the Code of Conduct Tribunal, CCT, on assets falsification charge.

The appeal is challenging the December 12, 2017, judgment of the Abuja Division of the Court of Appeal, which gave the Federal Government the nod to re-open the criminal charge it preferred against Saraki. The appellate court had in a unanimous verdict by a three-man panel of Justices led by Justice Tinuade Akomolafe-Wilson, said it was satisfied that Saraki had a case to answer before the CCT in respect of three out of the 18-count corruption charge FG entered against him.

The court however dismissed 15 counts of the charge on the premise that they were not supported with credible evidence capable of warranting the Respondent (Saraki) to be called upon to enter his defence to them. Meantime, Saraki, on Thursday, urged the apex court to quash all the charges and stop his trial, insisting that FG failed to establish a prima-facie criminal case capable of warranting him to enter his defence before the CCT.

Saraki’s lawyer, Chief Kanu Agabi, SAN, while  adopting his final brief of argument, maintained that FG entered charges against his client in bad faith. He contended that only the Code of Conduct Bureau, CCB, was empowered under the constitution to investigate and prosecute cases bordering on asset declaration. Agabi, SAN, decried that charge against his client was based on an investigative report that was produced by the Economic and Financial Crimes Commission, EFCC.

However, FG, through its lawyer, Mr. Rotimi Jacobs, SAN, equally filed a cross-appeal asking the Supreme Court to set-aside the aspect of the appellate court’s veridict that struck out 15 counts of the charges against Saraki. FG maintained that it successfully established a prima-facie case that would require Saraki to defend the entire 18-count charge. It insisted that Saraki has a criminal case to answer before the CCT.

Meanwhile, a five-man panel of Justices of the apex court led by Justice Musa Mohammed Dattijo, adjourned to deliver judgment on the appeal after both parties adopted their briefs of argument. It will be recalled that the appellate court panel had directed Saraki to return to the tribunal to defend counts 4, 5 and 6 of the amended charge. Whereas count 4 and 5 of the charge alleged that the Senate President made false declaration of his assets at the end of his tenure as Executive Governor of Kwara State in 2011 and on assumption of office as a Senator in 2011, when he declared that he acquired properties at No. 17A and No. 17B McDonald, Ikoyi Lagos on September 6, 2006, from the proceeds of sale of rice and sugar.

In count-6, FG alleged that the defendant made false declaration of his assets at the end of his tenure as Governor of Kwara state, when he failed to declare his outstanding loan liabilities of N315, 054, 355.92 out of the loan of N380, 000, 000 he obtained from Guaranty Trust Bank Plc. Saraki, who had in line with the judgment of the appellate court, closed his defence before the CCT on February 6, denied the allegations. He prayed the apex court to set aside the Court of Appeal judgment and reinstate the June 14, 2017, verdict of the Mr. Danladi Umar-led CCT panel that discharged and acquitted him of all the allegations FG levelled against him. Saraki argued that the decision of the appellate court with respect to the three charges against him, amounted to a miscarriage of justice.