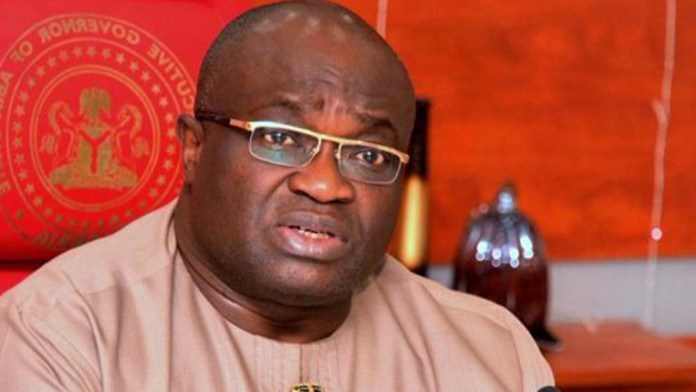 The Supreme Court  dismissed the appeal  describing it as  abuse of the processes of the Court and awarded a four million Naira cost against Mr Nwosu in favour of each of the four respondents at One Million Naira each.

Mr Nwosu had filed a suit after the lower court presided by Justice Abang ordered the removal of Okezie as Governor on tax issues and ordered the swearing in of Mr Ogar as the Governor.

Mr Nwosu who took the third position at the PDP primaries that produced Okezie had canvassed that since Ogar disputed the outcome of the primaries,that he(Friday Nwosu) should be the one to be sworn in as Governor having accepted it.

Mr Nwosu went ahead to the Supreme Court where the matter was dismissed this morning.