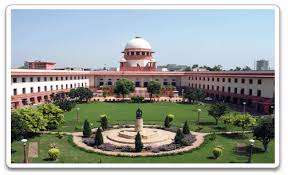 Prime Minister Narendra Modi today launched the integrated case management system of the Supreme Court – the first step taken by the top court towards becoming a paperless and digital. The Chief Justice Jagdish Singh Khehar was also present at the inauguration. The new system will help litigants access data and retrieve information online.In March Chief Justice Jagdish Singh Khehar had said that it will soon end the practice of filing voluminous case records in a bid to reduce bulky paper books – also seen as an eco-friendly initiative. The Supreme Court had decided to collect all such records electronically from lower courts and high Courts so that there is no requirement to file printed copies in Supreme Court.

Speaking at the inauguration, Chief Justice Khehar said he plans to integrate the system with all the 24 high courts and the subordinate courts. “It will help usher transparency, reduce manipulation and help the litigant know about the progress of the case on a real time basis,” he said.

“Every central and state government department will know if they have been made party to the case and help them prepare accordingly,” the Chief Justice said.

The court fee and process fee will be calculated online, which will help the litigant about the cost involved. Justice Khehar said it will help the bar and not increase its workload.

The function was also attended by Law Minister Ravi Shankar Prasad and other Supreme Court judges.