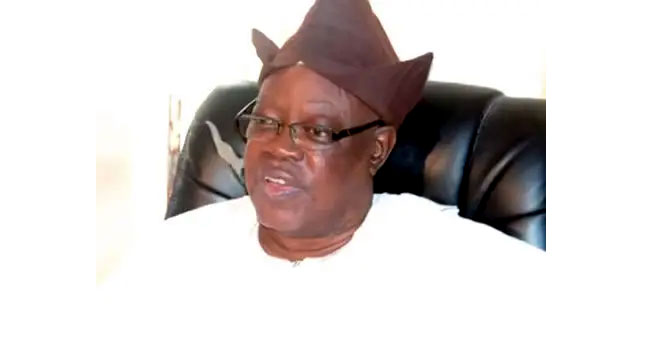 Members of the Olubadan-in-council have endorsed Lekan Balogun as the next Olubadan of Ibadanland.

This is coming on the heels of ongoing controversy on who becomes the new Olubadan.

The kingmakers on Wednesday at a press conference at Mapo Hall noted that there is no cause for alarm as the Monarchical structure for Ibadanland is unambiguous and very clear on the next in line for the crown.

The kingmakers insisted that no court case would stop the appointment and installation of the next Olubadan.
They said the administration of the late former Oyo State governor, Abiola Ajimobi, did not tamper with the Ibadan Chieftaincy Declaration of 1957 by elevating them.

The Osi Balogun of Ibadanland, High Chief Tajudeen Ajibola, spoke on behalf of the kingmakers.

“The council, which is the kingmakers, has met and resolved that Balogun is next in line and will in line with the tradition ascend the throne of Olubadan,” he said.

The former governor Rashidi Ladoja, who is the Osi Olubadan, was absent when the endorsement was done.