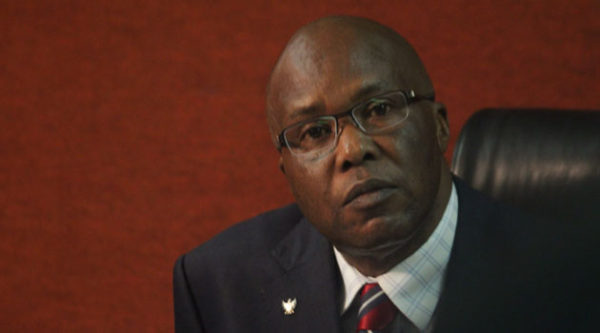 This part of a ruling in a bail application by a Kenyan Judge has gone viral in Kenya and across Africa as it has begun a heated debate as to whether Judge James Wakiaga has descended into the arena of conflict in his ruling.

Joseph Irungu also known as Jowie is charged alongside Jacque Maribe for the murder of a businesswoman Monica Kimani.

While Maribe was released on a Sh1million cash bail and an alternative of SH2 Million bond or three sureties, Jowie was refused bail on the grounds that he has no address and could be a flight risk who can abscond from Jurisdiction.

The Judge’s use of slay queen and calling the first accused a woman eater is causing a lot of debate as to if such words were appropriate as a language of the court and if the judge’s description amounted to bias.

“If it is true Hon Justice Wakiaga adjectived Jowie as a woman eater then that was totally uncalled for and unethical. A judge is not supposed to form opinion or finding of facts before the case evidence is tendered. Needless to say he is unqualified to try Jowie’s case. There is something called innocent till proven guilty and whereas I do not condone killing of fellow human being,suspects and accused persons are entitled to this constitutional protection.” Alex Gatundu

“The bench has recognized Men in unpleasant way …So has it done to our Ladies.. No matter, the gravity of the case…the bench should use not kind words but pleasant ones!” George Minenge

“Women eaters crying ngw’aaaaa! Like they all don’t know that it means bn kept by a woman! (umewekwa na mwanamke)

We know you!” Shiko Ngige

“It was unfortunate a judge referring to a suspect as a slay queen and a woman eater.” Benjamin Bogongo

“The good judge said ‘for lack of a better word/terminology..

If he finds a better or proper one,he’ll willingly substitute that phrase i suppose.” Sichangi A Nyongesa

“He was being overly graphic. In his mind he pictured Jowi doing some outrageous stuff!

“Unethical and uncalled for..he is taking it too personal” Esther Mamake

He seems to have been influenced by social media language.

“As for Jowie, if I were him I’d be applying for recusal of the judge. Totally uncalled for language and shows bias already.” Sheila Mugo

“He formed an opinion, as he was required, on the man’s character and his suitability for admission to bail. If that opinion is unfounded on fact, there is an avenue for appeal.” Kwanchetsi Makokha

“I think Judge James Wakiaga should desist from making this matter a “comical” one. This is an embarrassing and corny comment. Let him revise his paper on mental health and criminal law and recuse himself from hearing this case” Victor Mugambi Malik

Victor Mugambi Malik  said “That unprofessional comment is prejudicial to the Accused person. Isn’t it?”