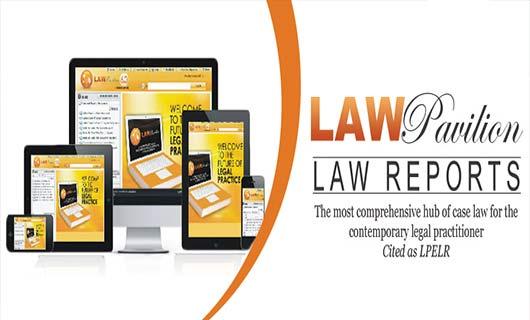 WHAT HAPPENS WHERE BOTH PARTIES LAYING CLAIM TO A LAND FAIL TO PROVE TITLE TO THE LAND?

It is the law, that for a person to be entitled to the legal ownership of a land, he has to establish his root of title. There are five fundamental ways of proving title to land. A foremost authority, in which these prerequisites were prescribed, is the case of Idundun v. Okumagba (1976) 9-10 SC 227 where the Supreme Court prescribed five ways of proving title to land to be by traditional evidence; by document of title; by various acts of ownership numerous and positive and extending over a length of time as to warrant the inference of ownership; by act of lawful enjoyment and possession of the land; and by proof of possession of adjacent land in circumstances which render it probable that the owner of such land would in addition be the owner of the other land.

In practice however, it is not impossible, in fact, there has been instances where both parties laying claim to a parcel of land will be unable to prove their title to that land; what then happens? Will the law leave the land in abeyance?

In the words of His Lordship OTISI, J.C.A. while delivering the leading judgment in this appeal; “Where both parties are unable to satisfactorily and conclusively prove title to the disputed land, the trial Judge would usually proceed to decide the case on the basis of numerous and positive acts of possession and ownership”.

Explaining the rationale, he said that “Acts of possession and enjoyment of land may be evidence of ownership of land, if they established positive acts of possession that extend over an appreciable period of time. The position of the law is that a proof of possession amounts to title against the world where no one has proved a better title.”

He went further to say “although none of the parties may have successfully and conclusively proved title, an order for possession may be made in favour of the party found to be in possession.”

BRIEF FACTS OF THE CASE

The facts as can be gathered from this appeal is that the Appellant claimed that his grandparents bequeathed the farmland lying and situate at the Genabe District adjacent the Mobile Police Barracks, Makurdi to him. In May 2010, the 2nd Defendant purportedly sold the same parcel of land to the 1st Defendant who started erecting structures on the land.

In a bid to assert his title to the land, the Appellant as plaintiff instituted action against the Respondents at the Trial Court for declaration that his Customary Right of Occupancy over the land still subsists same not having been revoked by the Governor of Benue State and that the purported sale by the 2nd Defendant to the 1st Defendant is null, void and of no effect whatsoever. He also prayed the Court for general damages of five million Naira only (N5,000,000) for the unlawful trespass to the land.

On a flip side, the Respondent as defendant counterclaimed that the 2nd defendant/Counter Claimant was the beneficial owner of the farmland being claimed by the plaintiff and that having sold the land to the 1st Counter Claimant, he is now the current and equitable owner of all the land. Respondent then claimed for trespass against the Appellant and for an Order of perpetual injunction restraining the Plaintiff/Respondent, his principals, agents, privies, kindred, servants, heirs and howsoever called from interfering with the 1st Counter Claimant’s use and enjoyment of the parcel of land.

In the course of hearing, the trial Court visited the locus-in-quo at Genabe District of Makurdi Local Government Area and at the conclusion of hearing, the trial Court dismissed both the claim of the Appellant and the counter claim of the Respondents for the declaration of title over the piece of land and granted possessory rights over the said piece of land to the 1st Respondent (the 1st Counter claimant).

Aggrieved by this judgment, the Appellant lodged this appeal by Notice of Appeal.

The issues considered for the just determination of this appeal are:

iii. Whether the learned trial Judge properly evaluated the evidence of the parties before dismissing the Appellant’s claim for declaration of title and proceeded to grant possessory right to the 1st Respondent who allegedly purchased the property from the 2nd Respondent? (Grounds two, three and five).

It was unanimously held by the Court that this appeal was without merit; consequently, same was dismissed and the trial Court’s decision in Suit No. MHC/347/2012 delivered on March 14, 2014 was affirmed. The Court further awarded costs assessed at N100,000.00 in favour of the Respondents.

EVIDENCE – PROOF OF TITLE TO LAND: Position of the law where both parties fail to prove title to land

“To my mind, one necessary question, which shall be examined, is what the position of the law would be where neither party has satisfactorily proved title to the disputed land but one of the parties is found to be in possession of same. In Iledare v Ajagbonna (1997) LPELR-1491(SC), one of the issues for determination before the Supreme Court was:

(d) Does the finding of the High Court that the defendants had more acts of possession on the area of land in dispute not raise in their favour.

(i) A statutory presumption of ownership which was not rebutted.

In its judgment, per Ogwuegbu, JSC said at page 13 of the E-Report:

“It is only where a plaintiff fails to prove his title to the land in dispute that the defendant’s possession raises the presumption which the plaintiff is unable to rebut.

Section 146 of the Evidence Act cannot stand when the plaintiff proves good title as in this case.”

That is to say, in the event that the plaintiff has successfully proved his title, the defendant’s possession of the land in dispute would become an act of trespass. This is because where ownership is not established, acts of possession need not be considered as they would not amount to acts of ownership or possession but to acts of trespass; Okhuarobo v Aigbe (2002) 3 S.C. (PT 1) 141, (2002) LPELR-2449(SC); Odi v Osafile (1987) 2 NWLR (PT 57) 510.

Where both parties are unable to satisfactorily and conclusively prove title to the disputed land, the trial Judge would usually proceed to decide the case on the basis of numerous and positive acts of possession and ownership; Are v Ipaye (1990) LPELR-541(SC). Acts of possession and enjoyment of land may be evidence of ownership of land, if they established positive acts of possession that extend over an appreciable period of time. The position of the law is that a proof of possession amounts to title against the world where no one has proved a better title. In Iseogbekun v Adelakun (2012) LPELR-15516(SC), Mukhtar, JSC (as he then was) said, pages 56 – 57 of the E-Report:

“…I have already found under issue (1) that the appellants did not establish their title to the land in dispute, either on traditional history or crown grant having not established their claim and having been found to have failed to establish possession, then possession can be granted to a party who has proved possession for a long period by exercise of acts of possession. See Ogbechie v Onochie (1988) 1 NWLR part 70 page 370, Nwosu v Udeaja (1990) 1 NWLR part 125 page 188. The position of the law is that possession when proved is a title against the whole world where no one has proved better title.” See also: Ngene v Igbo (supra) at page 19 of the EReport; Ekretsu v Oyobebere (1992) LPELR-1099(SC); Anyabunsi v Ugwunze (1995) LPELR-503 (SC). In Ekretsu v Oyobebere (supra) at page 27 – 28 of the E-Report, the Supreme Court, per Ogwuegbu, JSC said:

“Exclusive possession gives the person in such possession the right to retain it and to undisturbed enjoyment of it against all wrongdoers except the person who can establish a better title.” The above pronouncements therefore indicate that although none of the parties may have successfully and conclusively proved title, an order for possession may be made in favour of the party found to be in possession. The pleadings and evidence adduced must ground the grant of such an order.” Per OTISI, J.C.A. (Pp. 16-19, Paras. C-D)

“It is trite that where a finding of a lower Court is not challenged in any of the grounds of appeal, such finding remains valid and subsisting and the Appellate Court is without jurisdiction to consider and determine such an issue; Interdrill Nigeria Ltd v UBA Plc (2017) LPELR-41907(SC); Nsirim v Amadi (2016) LPELR-26053(SC); Onafowokan v Wema Bank Plc (2011) LPELR-2665(SC); Sparkling Breweries Ltd v UBN Ltd (2001) LPELR-3109(SC); Dabup v Kolo (1993) LPELR-905(SC); Awote v Owodunni (1987) LPELR-659(SC), (1987) 5 S.C. 1. This finding was therefore accepted by the parties and thus removed any contention over the location of the disputed land, different names given to it, notwithstanding. The description of relevant features of the disputed land was however necessary to establish claims to it. There was also no ground of appeal attacking the finding of the trial Court concerning the evidence of the Appellant on the issue of title to the land in dispute as not established. In other words, the finding of the lower Court that title to the disputed land was not proved was not contested.” Per OTISI, J.C.A. (Pp. 32-33, Paras. D-C)

EVIDENCE – TRADITIONAL EVIDENCE/HISTORY: What is required of a person relying on evidence of traditional history in an action for declaration of title to land

“The parties both relied on traditional evidence. The settled position of the law is that where a party relies on evidence of tradition in proof of title to land, he must give satisfactory evidence as to how he derived the particular title pleaded and claimed. He is bound to plead and establish facts such as:

LAND LAW – ROOT OF TITLE: Whether a party who pleads and traces his root of title to a particular person or source must establish it

“On the case of the Respondents, the learned trial Judge rightly stated that the position of the law is that once a party seeking declaration of title to land pleads and traces his root of title to a particular person, and that averment is challenged, he must establish how that person from who he claims his root of title came to have title invested on him.”Per OTISI, J.C.A. (P. 15, Paras. E-F)

LAND LAW – TITLE TO LAND: What amounts to sufficient acts of possession in proof of title to land

“Acts of exclusive possession on the disputed land must be positive acts of possession that extend over a long period of time. In Duru v Onwumelu (2001) LPELR-970(SC) at pages 21- 22 of the E-Report, Uwaifo, JSC described it this way:

“There is the requirement that the acts ought to extend over a sufficient or appreciable period of time and must be positive. To be positive, the acts ought to be such that can be verified upon strong evidence, such as, old structures and settlements, well-beaten roads or paths, economic trees tending visibly to be longlived, old farms and huts, community shrines which have long been in existence, and to which the plaintiffs as a community can satisfactorily lay claim etc.” See also: Olagunju v Adesoye (2009) LPELR-2555(SC).” Per OTISI, J.C.A. (P. 23, Paras. B-F)