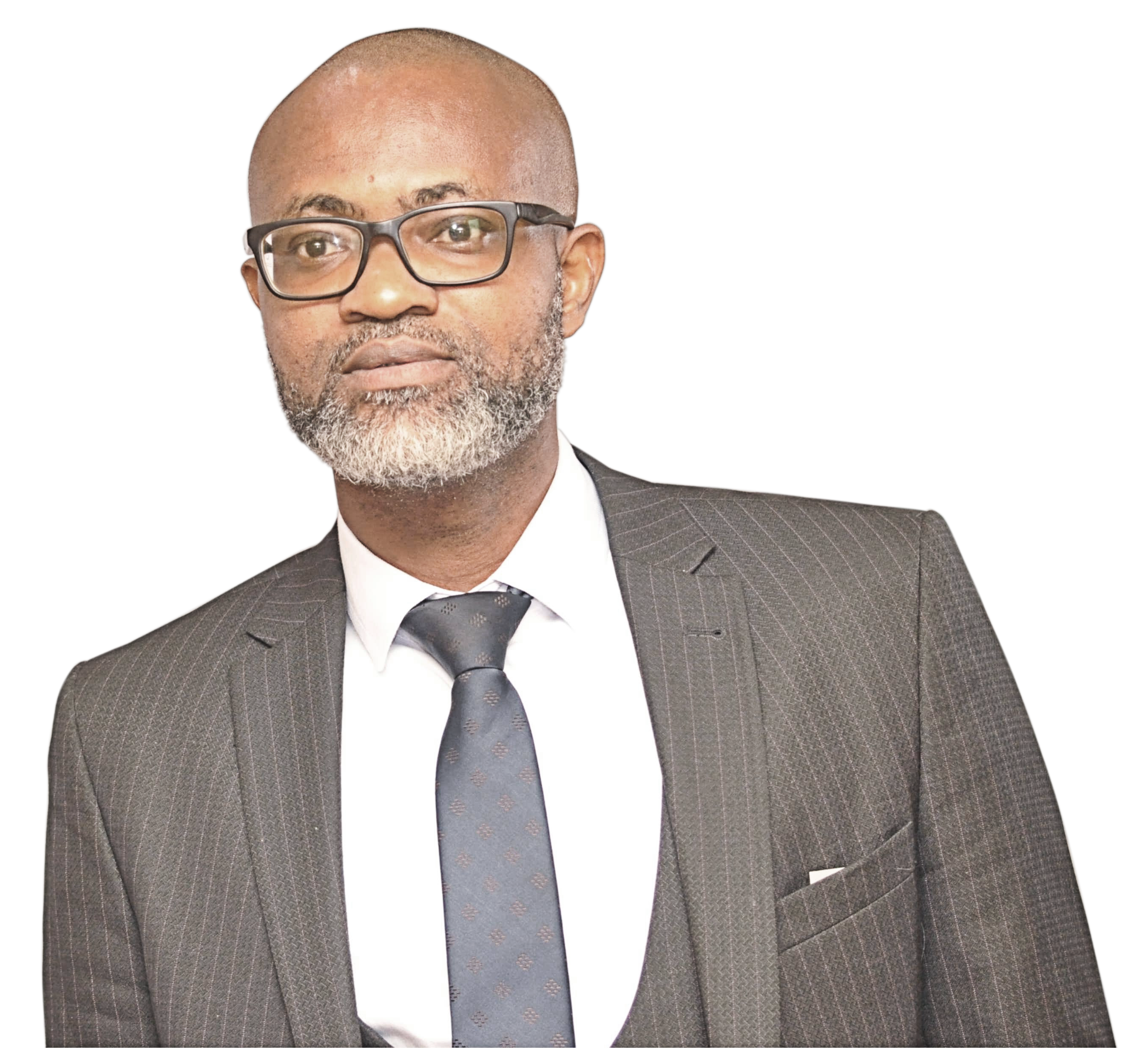 Whatsapp business accounts have revealed a trend in the lives of Lawyers in Nigeria which ordinarily would have been taboo just as recent as ten years ago.

Today, it is not unusual to send a message to a lawyer’s whatsapp business account and receive an automated response saying “Thank you for contacting XYZ, we will respond shortly. We can deliver smoked fish, packaged pepper, red oil and stock fish to you in any part of Nigeria”. When you look at the profile picture on the number, you will see a good portrait picture of a Lawyer in his/her bib, wig and gown or a beautiful logo of a Law Firm. If one is not paying attention to the rapid invasion of poverty in the legal profession lately, one may begin to get confused why an automated message of smoked fish and stock fish will be received on chatting up a lawyer who has his professional picture on his whatsapp number. This trend is common among the young members of the profession and for your information, I don’t blame them. E- hawking by lawyers is here to stay.

I recently ran for the Chairmanship of the Nigerian Bar Association, Lagos Branch and in the course of my campaign, I tried to reach a lot of lawyers on whatsaap. I received a lot of these automated messages ranging from supply of smoked fish to delivery of Cakes and small chops. It didn’t come to me as a surprise, though it was in itself a surprising thing to me but it broke my heart.

There was a phrase I heard all the time from successful Senior Lawyers when I was young but when I grew in the profession, I discovered it was a big fat lie though I later understood why they said it and still do . “I don’t do any other thing apart from this Law Practice” Even Senior Lawyers who have shops in the market, own hotels, pursue contracts, run companies where they are even directly involved still come out and deny that they make their income from other sources. A senior lawyer I met at the National Industrial Court told me the story of a senior Lawyer who dissolved a partnership with another senior Lawyer when it was discovered that the partner was known to be promoting a cement and building material business. He didn’t want to be in partnership with a cement dealer. That was how much the conservative era legal profession wanted to remain untainted by any other business. Lawyers wanted to be seen as lawyers and successful lawyers. Even when a large chunk of their wealth come from their side “runs” and even help maintain a struggling Law Practice, they will refuse to give credit to that side runs, they  instead give the credit to their law practice. These Conservative era lawyers who are mostly people above 25years post call do this not to undermine the “sanctity” of the profession or relegate it to a side runs which it has always truly been for many of them. Many conservative lawyers today still get offended when you make reference to their alternative business that is if you even know about it. It is top secret.

Today, all those things are changing and they are being driven by the younger lawyers who have become audacious in the pursuit of happiness. Today, Law practice is openly becoming a “side hustle” for many Lawyers and they are not bothered. It has become common to see a lawyer on social media with a beautiful profile picture taken in a court advertising the sale of shoes, clothes, hair extensions, catering services etc. They will proudly tell you that it is what they do but they practice Law by the side. This is bad news for a profession that had guarded its reputation for decades. We are now cement dealers that practice law by the side.

The reason behind this of course is the incursion of poverty into the profession. Lawyers on the average are getting poorer and desperation is setting in across all ages of the profession.

Some senior Lawyers who are yet to run away from the country  are desperately pursuing the rank of Senior Advocate of Nigeria (SAN) to enable them get to the promised land of the profession where a food fight is going on while junior ones waiting for their exit abroad are proudly selling smoked fish online to pay their bills. Remember, the problem here is not in selling smoked fish, we have always done something else as lawyers but the problem is in taking pride in it which so many lawyers still have inhibition about. See no evil.

Few years ago, members of the Body of Senior Advocates of Nigeria (BOSAN) complained about the large number of SANs being admitted. Many Lawyers of course understood why they had a concern. If there are too many people in the food fight, there may not be enough food for the fight. The Legal profession has become a ship with a hole. The SAN title is now like an evacuation boat in a shipwreck. Concerns are being raised that if there are too many people on the evacuation boat, it may sink with the ship they are trying to escape from instead of fixing. The rank is now seen as an escape from the hardship in the profession.

In the past seven years, an unprecedented number of Lawyers have relocated abroad and many of them dumped law practice thereafter. Life is too short for the struggles in the Nigerian legal profession.

There are too many shadows of hopelessness in the profession. Even the lawyers in the so called big firms in Nigeria (Which by the way are not big in International Standard) have no clear growth part. Many become partners as titles not even on paper, the ones who even become partners on paper are at the mercy of the founders of the Law firms or their kids who take over the firm. Some partners are even appointed to hold forth as “regents” waiting for the children of the founder(s) to return from abroad and take over the affairs of the firm. That is very sad but what do you expect?

The bad news is that the affliction is likely to persist for a long time. The leadership of Lawyers in Nigeria has taken only baby steps towards the real issues. The reason is easy to understand. The NBA Leadership and elections have also become a hustle. Many Lawyers now get involved in the process for different selfish reasons from hoping to be appointed Judges, become SANs, securing contracts and the unfettered privilege of moving from one government house to the other or one politician to the other. The solutions to real problems of Lawyers have become secondary. What do we even expect? To become an NBA President, it is believed that you must have a war chest of about one billion Naira( Two million dollars). That is far more than the amount someone will spend running for the position of the Mayor of London, a more prestigious/ influential position without mentioning that a candidate spends practically nothing to emerge as the President of Law Society of England which in my view is the most influential Law Society in the world perhaps at par with the American Bar Association. The expenses begin a year before the election and in some cases two or three years earlier when subtle expenses towards that ambition begin. How do we expect someone to spend that much and dedicate all his time to stopping our misery during his tenure?

Justice delivery is slow. This affects the welfare of Lawyers in Nigeria with more than 90% of practicing Lawyers surviving on litigation. No real steps have been taken except organizing expensive workshops and seminars that make no impact. Lawyers and the Judiciary in Nigeria seem not to have taken anything away from the Covid-19 pandemic. While other industries are deploying technology to enhance efficiency and make their process easier, lawyers are still stuck in the physical world.

In cases where attempts have been made to introduce technology, more problems harder than the manual process have been created. Dealing with organisations and regulators where lawyers depend on to deliver their services is usually excruciating. The Corporate Affairs commission, Trade Mark office, Land registry, Probate divisions of Courts and the oga kpatakpata of them all, the Court registry and Courtrooms.

Even after the experiences of the pandemic, lawyers in Nigeria still travel to court just to mention a matter, move unchallenged motions, listen to Judgments when things like that should belong to the past with a robust virtual system put in place for such “unserious” businesses that do not really require physical appearances in court. Have we sat down to think of the huge resources that will be saved and consequently earned when we discard physical appearances in the above mentioned cases? That is what welfare of Lawyers really mean. The ease of earning.

Of course there are other issues. Personally, I do not see any reason why a matter will be adjourned the second time for mention, I see no reason why court sheriffs are not punished for not filing proof of service in court  files which  is the number one cause of court adjournments after courts not sitting.  Lawyers lose income when cases drag for too long even those who charge as per appearance. Some of these problems we have ignored add up to impoverish us. They make law practice very difficult and unattractive . They end up driving us into full time alternative income like proudly selling smoked fish and palm oil on social media.

We are busy chasing clout and ignoring the real issues. We have not instituted any clear path to even discovering the problems and addressing them. One day we will wake up and see   Birnam woods move to Dunsinane ; the system will finally collapse and we will all be buried in the debris but before then, lawyers must survive in one way or the other even if it means hawking smoked fish wearing our wig and gowns whether it is taboo or not.

Anthony Atata is a Partner in Hallblack Law Firm who has served as the Chairman of International Bar Association, African Region.