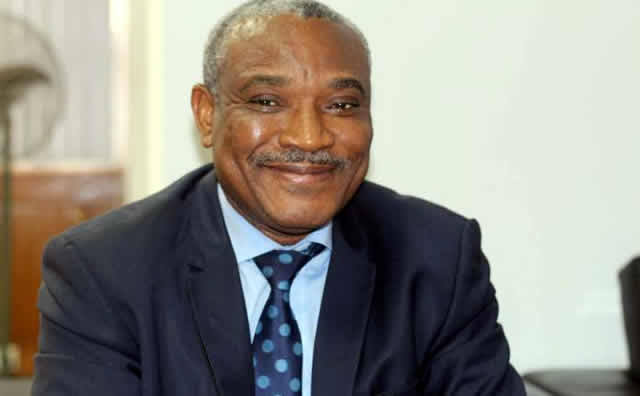 Chairman of the now disbanded Special Presidential Investigation Panel for the Recovery of Public Property (SPIP), Mr Okoi Obono-Obla, was on Friday arraigned alongside two others before a High Court of the Federal Capital Territory (FCT) in Apo, Abuja over allegations bordering on fraud.

Obono-Obla and his co-defendants were arraigned on a 10-count charge brought against them by the Independent Corrupt Practices and other related offences Commission (ICPC).

The ICPC specifically accused the former SPIP Chairman of conspiring with the others to divert N19,994,185.00 meant for the furnishing of SPIP offices.

He was also accused of forging his academic credentials.

The defendants however pleaded not guilty to the 10 count charge read against them, following which their lawyers urged the court to admit their clients to bail on liberal terms.

However Prosecution counsel, Samuel Ipinlaiye said he would prefer the defendants are not remanded in custody in view of the current coronavirus challenge.

Ipinlaiye who subsequently withdrew his earlier objection to the defendants’ bail application, prayed the court to grant bail on terms that would ensure that the defendants are available in court for their trial.

Justice Adeniyi ordered Ipinlaiye to retrieve the defendants’ international passports, already deposited with the ICPC and hand them to the Registrar of the court.

He then djourned till March 17 for the commencement of trial.

Speaking with journalists shortly after the court’s proceedings Obono-Obla’s lawyer, Paul Erokoro, SAN said his client was just being victimised.

Erokoro disclosed that the Nigeria Police Force (NPF), another agency of the Federal Government, plans to re-arraign Obono-Obla on Monday before another High Court of the FCT in Kwali on similar alleged offences.

In the charge, marked: CR/922/2020, in which they were arraigned on Friday, the ICPC accused the defendants of conspiring in 2018 to confer an unfair advantage on Ibrahim.

The prosecution said they “diverted the sum of N19,994,185.00 received by SPIP through its contractors from the Nigerian Deposit Insurance Corporation (NDIC).”

It added that the sum, meant to furnish SPIP offices, was allegedly “diverted to the personal account of Aliyu Ibrahim, using proxy companies, without furnishing the said SPIP offices as proposed to the NDIC”.

Ibrahim was, in count three, accused of using his position “to confer unfair advantage” on himself by diverting the money into his account using proxy companies without furnishing the SPIP offices as proposed to NDIC.

The alleged offence contravenes Section 26(1)(c) and punishable under Section 19 of Corrupt Practices and Other Related Offences Act 2000.

In counts four, Obono-Obla was accused of dishonestly using as genuine, “a Mary Knoll College, Ogoja, General Certificate of Education, Ordinary Level, May/June 1982 (GCE) Statement of Result for Ofem Okoi Ofem with candidate No: 09403/247 showing an O’Level credit (6) score for Literature in English”.

ICPC said he used it as “part of the five O’Level credit requirement for you to study Law for the 1985/86 academic session in UNJOS (the University of Jos) when you had reason to believe that the document (GCE), the basis upon which you were admitted to study Law in UNIJOS, was forged as you never sat for the English Literature examination for May/June 1982 GCE”.

Obono-Obla was, in count five, accused of making false document around November 1985, regarding the GCE certificate.

The alleged offence is contrary to sections 366 and 363 and punishable under Section 364 of the Penal Code.

ICPC said in count six that Obono-Obla, around July 2018 in Abuja, as SPIPC Chairman “failed to attend/honour an invitation” by ICPC for an investigation, contrary to Section 28(1)(a) and (6) and punishable under section 28(10) of the Corrupt Practices and Other Related Offences Act 2000.