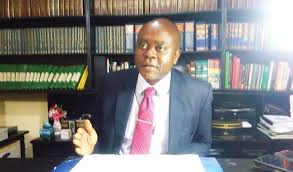 A Senior Advocate of Nigeria, Wale Adesokan is one of the reverred lawyers in Nigeria today. He has been in active legal practice since he was called to the Nigeria Bar 30 years ago. In this interview he spoke on the acting capacity of the present Chief Justice of Nigeria as well as little efforts of the Nigerian Bar Association, NBA to address alleged corruption in the judiciary among others.  Excerpts.. Adesokan

HOW would you describe the  independent of the judiciary in Nigeria?

Well, the   Nigerian judiciary is substantially independent. However, we still have issues in the area of control of its fund, appointment of judicial officers and so on. I think the powers of the president in this regard needs to be whittled down. It is important for us to have more participation and stronger force of Nigerian lawyers as to who replaces Justices at any level of our superior courts.

In what ways do you think lawyers can help in the fight against corruption?

Disciplinary  committee The NBA will only wait for somebody to report or write a petition against a lawyer before it investigates and charges the erring lawyer before the disciplinary committee. That is far too little. The NBA must have a mechanism for the continuous monitoring of the practices of lawyers on a regular basis. It’s just like the National Judicial Council monitoring the activities of judges. The NBA must move beyond waiting till the time a petition is written before taking action. It must be pro-active. I have people who have closed their offices in London owing to the strict monitoring of activities of lawyers over there. They expect lawyers to abide by their rules, policies and guidelines. There is no mechanism in place by which NBA monitors the conducts of lawyers. A lot needs to be done in this regard. Structures that will ensure periodic monitoring of lawyers’ conducts and books of accounts should be put in place. All these things should be done on a continuous and systematic basis.

Are you in concert with the assertion by the immediate past Chief Justice of Nigeria, Mahmoud Mohammed, that the government both at the state and federal levels are to blame for corruption in the judiciary?

Well, if the former CJN’s assertion was due to inadequate funding of the judiciary, I doubt whether we will have a time when the arm of government will be well funded. Sadly at the moment, we are in a recession. But, I agree with the former CJN that a lot more could have been done for the judiciary. A situation in which the judiciary has to please either the executive or legislature before it can get its entitlements leaves very much to be desired. We all know that an institution in which rank and file are underfunded will surely be exposed to corrupt practices. But I don’t think underfunding is solely responsible for corruption in the judiciary.

What other factors would you say are responsible for corruption in the judiciary beside underfunding?

It is unfortunate that all eyes are now on the judiciary and the legal profession. Perhaps, rightly so because we are supposed to be the watchdog. But the judiciary is operating within the context of a nation. The people in the judiciary are Nigerians. May be, we are expecting a bit of a higher standard, but by and large, the judiciary will surely reflect the Nigerians in it. If an overwhelming populace of Nigeria are corrupt, it would not be strange that we find cases of corruption here and there in the judiciary. When you are in the devil’s country, you are not likely to see too many angels.

Impact of the society

Some people have condemned the acting capacity of  Justice Walter Onnoghen as the Chief Justice of Nigeria, CJN. What is your view on this?

Several of the reactions are academic in nature. I strongly believe that we are going to have  CJN by the expiration of the three months of the acting capacity of the Hon. Justice Onnoghen. If we do not have the CJN, then you can call me. This is not the first time someone will be functioning in acting capacity. We have had cases of somebody acting as Chief Judge or Court of Appeal president. Some of these things need time and processes to complete. This is because when a judge is sworn-in, everybody knows when he or she will retire. Though, one would have expected a seamless transition, but it is not unheard of to have someone functioning in acting capacity. I don’t want us to see it as if the president is not disposed to having the man as the Chief Justice of Nigeria. There are procedures to be followed. Don’t also forget that the president is presiding over the whole country and in making decisions, he has people who advise him. I don’t want to give excuses for Mr President, but what has happened is not unheard of.

Pundits are of the opinion that the president does not have the constitutional powers to extend the acting capacity of the CJN after the three month. Can you comment on this?

I do not want us to embark on speculations. I believe we are going to have CJN by the time the three months period expire. If the three months expire and we do not have a CJN please call me. I believe this government is serious minded and they know the importance of the person that is number four or number five man in hierarchy of government in Nigeria. They are not irresponsible as to know that the needful ought to be done. So, let us keep our gun and powder dry concerning the various speculations. After the expiration of the three month you can come back to me.

What is your agenda for the Acting CJN, Justice Walter Onnoghen?

I was pleased by what I considered to be his major response when he was sworn-in, that he is ready to cooperate with the president in his fight against corruption. I will be glad if we are able to see positive actions from him about his commitment to join in the war against corruption. I want him to focus on this war because it is threatening the institution which I am identified with. People are beginning to ask questions about the legal profession. So, I will be glad to see him tackle corruption in the judiciary headlong.

How would you react to the  new policy by the National Judicial Council aimed at stopping media report on petitions against judges?

It is not fair to be having media reports about an issue under investigation, it puts the whole process in jeopardy. At the time when a matter is being investigated, you need much secrecy and privacy. You can imagine an allegation against a lawyer or even a judge. Allegations can be raised at any time. You see, all these things have a way of affecting those concerned, particularly, when it has been reported in the media. So, to avoid situations in which people are unjustly accused, there should be a time when the investigating authorities can quietly do their work. In this clime, people are only interested in knowing allegations; most of the time, they are not interested in knowing the outcome and hardly do we get as much publicity when it is finally resolved as it was reported when it broke.

So, I will not like a situation in which matters being investigated are leaked to the public by the press. It is not good even for the system. In situations like these, vital witnesses may disappear while data evidences may be compromised. So, I think the policy has a good foundation. The policy has a good reason because I see it more from the angle of protecting a process. But we must all play our part. I appreciate the reason behind the policy. But if there is a petition against somebody who has allegedly committed a crime and it gets leaked despite the best of intentions, the investigative agencies cannot be stopped from performing their jobs.

How best can the NJC be reformed?

The NJC is doing very well regardless of recent events. But it can do better. How many times have you found legislators sanctioning themselves? Is it because they don’t commit crimes? Are they not Nigerians? Are they not our leaders? Is there a special law for them? Look, like I said earlier, judiciary is far less corrupt than other arms of government. The NJC is a standing mechanism of the judiciary. Can you please tell me the equivalent of the NJC in both the executive and the legislature? On the contrary, they have been defending themselves. The other day we had allegations from the American Embassy concerning some House of Representative members, we all know how it was treated. But for the judiciary, the NJC is a standing mechanism and it is doing well. Of course, it can be improved upon and one of the improvements we are clamoring for is that lawyers should have greater voice in the decisions of the NJC. Lawyers should have more numbers and responsibilities in the NJC. Beyond this, we should not lose track that on a continuous basis, NJC monitors judges all over Nigeria. Happily, the Acting CJN, Justice Walter Samuel Onnoghen, has promised to even cooperate with Mr President in this war against corruption. So, NJC can only get better. In recent times, negative attention is focused in that direction and this seemed to have rubbished all the gains recorded so far.

This interview was copied from vanguardngr.com