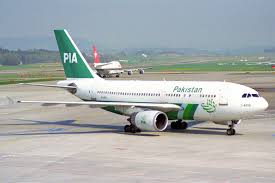 Pakistan International Airlines (PIA), Pakistan’s national carrier, is being investigated for breaching airline safety regulations and potentially putting passengers’ lives at risk after it allegedly allowed seven people to travel while standing on a flight from Karachi last month.

The three-hour flight to Medina, Saudi Arabia, operated on a Boeing 777 aircraft which has a seat capacity of 409 (including jump seats used by crew members), reportedly carried 416 passengers, forcing the extra passengers to stand in the aisle of the plane for the duration of the journey, Dawn, the Pakistani daily newspaper, reports.

Passengers on board were also allegedly issued handwritten boarding passes, while a computer-generated list of passengers provided to cabin crew by ground traffic staff was said to have not highlighted the excess number of passengers, according to Captain Anwer Adil, who operated the flight.

“After takeoff when I came out of cockpit, Ms Turab informed me that there were some extra people who [had been] boarded by the traffic staff. I also noticed some people were those who were categorically refused jump seats by me at the check in counter before the flight,” the captain said in a statement.

“I had already taken off and the senior purser did not inform me about extra passengers before closing the aircraft door. Therefore after takeoff immediate landing back at Karachi was not possible as it required lot of fuel dumping which was not in the interest of the airline,” he said.

In the case of an excess number of passengers on board a flight, the plane should have returned to its departure airport to unload its extra fliers before resuming its flight, according to standard protocol, sources told Dawn.

“At Medina and after landing at Karachi from the return flight, I could not highlight this fact in the captain’s de-brief,” the captain continued.

He noted that it was the responsibility of the senior flight attendant to ensure the plane had not exceeded its passenger capacity and that the ground staff should have made sure all passengers were issued computer-generated boarding passes and no one should have been allowed to board the aircraft with manually created boarding passes.

Danyal Gilani, a spokesperson for PIA, claimed the reports that the extra passengers were made to stand are “exaggerated and baseless. It is not possible for anyone to travel like that in an aircraft, regardless of the duration of the flight.”

He told the AFP: “The matter pertaining to the travel of more passengers than the booked load…is under investigation,” and the airline had ordered a “thorough probe into it, and all concerned are being questioned”, offering no confirmation or further explanation as to why the alleged safety breaches were allowed to be made on the flight.

“PIA is committed to ensure the safety of the passengers and cannot allow any incident to happen which compromises safety,” Mr Gilani added.

The airline has yet to confirm how long the investigation will take and what measures will be taken to address the highlighted safety issues.

Pakistan’s Civil Aviation Authority has yet to respond to Telegraph Travel’s request for a comment on the case and confirm whether or not the aviation body will be taking any action to address the safety breach allegations made against PIA.

The latest incident follows a series of hijackings and fatal crashes the airline has suffered since the Seventies, including a plane crash following an engine failure last December near Islamabad, during which all 48 passengers on board were killed, and one of the worst being in 1992 when an Airbus A300 crashed on approach to Kathmandu, killing all 167 people on board.

PIA’s early years were marked by innovation. It was the first Asian airline to operate jetliners (Boeing 707s), the first to offer films to all classes of passengers and the first to induct the 777-200LR into its fleet, the longest range commercial airliner.