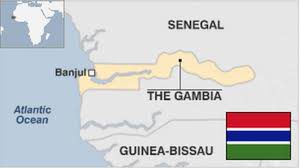 The government of Gambia has debunked the news that it recognised Catalonia as a sovereign state.In debunking the news they issued a statement as follows

The Government of The Gambia would like to express its utter dismay  the fake news circulating in the social media purportedly reporting that the Ministry of Foreign Affairs of the Republic of The Gambia has recognized the declaration of independence by Catalonia. This report is not only untrue but misleading and a misrepresentation of the official position of the Government and people of The Gambia.

The Gambia and the Kingdom of Spain has long standing bilateral relationship and friendship based on mutual respect. This relationship, which is based on respect for each other’s sovereignty, continues to grow from strength to strength.

Therefore, the Government of The Gambia strongly disassociates itself from this misleading information. We hereby renew our commitment to a united Spain and hope that the Spanish people will find an amicable solution to this unfortunate impasse.

Ministry of Information and Communication Infrastructure