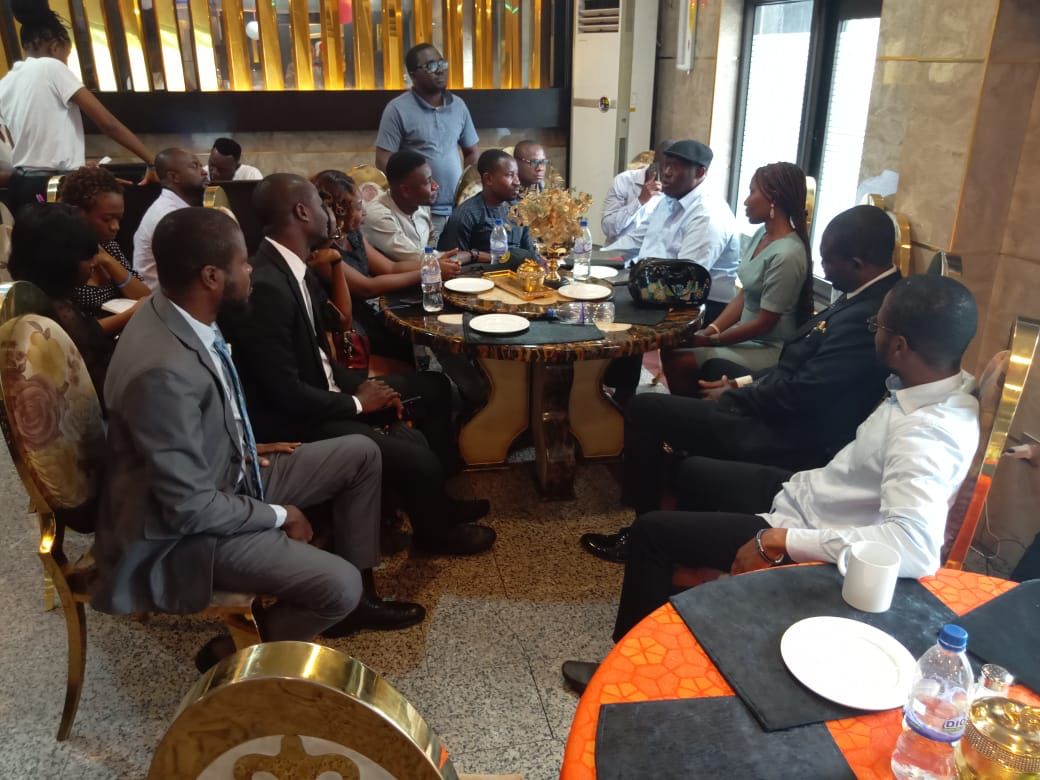 The young lawyers informed the Learned Silk that this was another way of expressing their gratitude to him for the prominent role he plays in advancing the legal profession for young lawyers through the Hon. Justice Chukwudifu Oputa JSC (Rtd) Mentoring Program organized by J-K Gadzama LLP.

The Learned Silk, who is currently the chairman of the Mentorship Committee of the Body of Benchers was elated as the show of love from young lawyers and other members of the NBA, Rivers State contributed to his pleasant and fruitful stay in Port Harcourt, Rivers State.

With smiles on their faces, the lawyers enjoyed their breakfast as various food items were on display in the restaurant at Landmark hotel. They also had a round table discussion with the Learned Silk which afforded them the opportunity to brainstorm on ideas and discuss salient issues affecting the Bar. The Learned Silk encouraged the lawyers and urged them to keep up the good work.