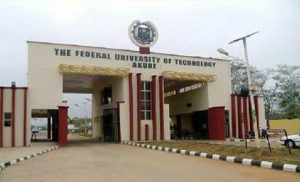 This is coming as students of the institution who were mobilized to the court and members of the unions in the university who ‎are against the Vice chancellor clashed.

The court premises became rowdy as both interested parties engaged in a shouting match and the timely intervention ‎of security operatives saved the situation from degenerating.

Reports had it that the students and the union members mainly ‎the non-academic staffs left the court premises for the university campus where they continued their fight.

Meanwhile, docked alongside was the institution Bursar Emmanuel Oresegun on a two count charge‎ while the Vice chancellor was charged for fraud, obtaining money under false presence, abuse of office and felony.

They both pleaded not guilty to all the nine charges.

At the resumption of the matter the counsels to the first and second defendants, Mr. Adebayo Adenipekun SAN and O. Theophilus made an oral application to the court to grant the defendants bail

But the counsel to the anti-graft agency Dr. Ben Ubi opposed to the bail application, arguing that the defendants had not placed before the court any material of fact to warrant them being granted bail by the court.In a short ruling, the trial Judge, Justice Bola‎ Ademola ruled in favour of the defendants and granted them bail of N10m each with two sureties in like sum.

Justice Ademola added that the sureties must be professors in the university or a Grade level 17 officer in the state civil service and should have a three years tax certificate.

The trial Judge equally ordered that the defendants should be remanded in police custody till the perfection of their bail application.

For three months, academic activities have been paralyzed following the crisis between the Vice Chancellor and the union members.

The Vice chancellor Prof Daramola and the Bursar Oresegun were last year invited by the anti graft agency following a petition to it by the three unions.

They were however granted administrative bail last year only to be arraigned yesterday for fraudulent practices.

Speaking with newsmen after the court session, the institutions Chairman of Committee of Deans, Prof Shedrack Akindele described the allegation against the Vice Chancellor as embarrassing because they are spurious.

Akindele expressed worries over the shutting down of the institution for three months by the unions.

He appealed to the warring union members to allow peace return to the campus in the interest of the students.