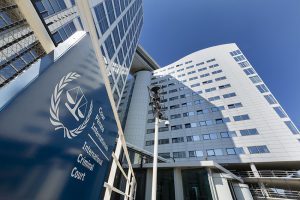 The Gambia’s new government has asked the United Nations to halt the process of withdrawal from the International Criminal Court (ICC) begun by the regime of former leader Yahya Jammeh. The Hague-based court, set up in 2002, is often accused of bias against African nations, leading The Gambia, Burundi and South Africa to send notice last year they would no longer recognise the ICC’s jurisdiction. Adama Barrow “The Government of Gambia has notified Antonio Guterres in his capacity as depository of the Rome Statue of its decision to discontinue the withdrawal notice,” said a statement issued by the government late Monday, referring to the UN secretary-general. New Gambian President Adama Barrow had promised during his December election campaign to rejoin the ICC and the Commonwealth group of nations, reversing Jammeh’s more insular foreign policy. Former Gambian Information Minister Sheriff Bojang had accused the ICC of being used “for the persecution of Africans and especially their leaders” while ignoring crimes committed by the West. Bojang referred to the ICC as “the International Caucasian Court,” a personal blow against the tribunal’s chief prosecutor Fatou Bensouda, a Gambian lawyer and former justice minister. Currently nine out of the ICC’s 10 investigations concern African countries, the other being Georgia. However experts point out that many of the current investigations — in the Central African Republic, Uganda, Mali and the Democratic Republic of Congo — were referred to the ICC by the governments of those states.