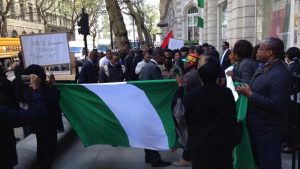 ABUJA—THE Presidency said, yesterday, that the Acting President, Professor Yemi Osinbajo, has signed into law two of the critical bills recently forwarded to the executive for assent by the National Assembly. According to the Presidency, the two bills are the Petroleum Training Institute (Amendment) Act, 2017 and the Nigerians in Diaspora Commission (Establishment) Act, 2017. Osinbajo Senior Special Assistant to President Muhammadu Buhari on National Assembly Matters (Senate), Senator Ita Enang, said in a statement, yesterday, that the two bills (now Act) and assented to by the Acting President “have come into effect as laws of the Federal Republic of Nigeria.” Enang in the statement explained that the signed Petroleum Training Institute (Amendment) Act “is to bring the provisions thereof in conformity with the constitution, allowing for due process in the administrative action affecting the principal officers and staff of the Institute.” According to him, the Diaspora Commission Act establishes the commission under the supervisory jurisdiction of the Ministry of Foreign Affairs. Enang said: “It has the responsibility to co-ordinate and organise Nigerians in and from the Diaspora to contribute human capital and material resources, including their expertise, for the development of Nigeria, and it’s constituent states. “It will also provide a database of Nigerians on various fields and potentialities as resource base for Nigeria and the world to draw from, as well as protect the interest of all Nigerians in the Diaspora.” The Presidential aide, however, welcomed senators and members of the House of Representatives back to their legislative duties. It would be recalled that the federal lawmakers, who had been on two weeks mid-term vacation, would resume today for legislative activities.