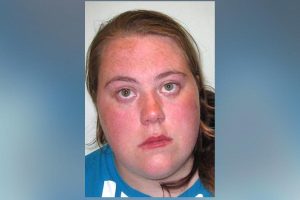 A “serial liar” who made a string of false rape allegations, including one that saw an innocent man jailed, has been sentenced to 10 years in prison.

They led to Mahad Cassim serving some of his sentence after she falsely claimed he raped her in November 2010.

The 25-year-old, from Bedfont, west London, falsely claimed she had been seriously sexually assaulted by six men and raped by nine, all strangers, in four different encounters over the space of three years.

Jailing her on Thursday, Judge Nicholas Loraine-Smith said: “This trial has revealed, what was then not obvious, that you are a very, very convincing liar and you enjoy being seen as a victim.

“The prosecution described your life as a ‘construct of bogus victim hood’.”

He warned that the false allegations “will inevitably be widely publicised…  increasing the likelihood of guilty men going free”.

Prosecutor Madeleine Wolfe told the court police spent 6,400 hours investigating Beale’s claims at a cost of at least £250,000, with the trial costing at least £109,000.

Lawrence Henderson, defending, said Beale still maintains her innocence, and she was considering appealing against sentence.

He told the court: “Ms Beale stands by the claims she made in this matter and if she had her time again she would again plead not guilty to these matters and contest the trial.”

Beale sat with her arms crossed as she was jailed for a total of 10 years, with the judge branding her behaviour as “manipulative”.

He said: “These offences usually began as a drunken attempt to get your partner’s sympathy or perhaps to arouse her jealousy.

“They each began impulsively, but what is particularly chilling is the manner in which you persisted in making allegations which you knew were untrue even to the extent of committing and repeating perjury.”

“Cases such as this bring a real risk that a woman who has been raped or sexually assaulted may not complain to the police for fear of not being believed.”

Detectives launched an investigation into Beale in December 2013 after they learned of a claim by one of her former girlfriends that a man had been wrongly jailed after Beale lied about being raped by him in November 2010.

Police said the information came to light when officers were investigating a separate allegation by Beale, where she claimed to have been raped by a number of men during an incident in November 2013.

With concerns over Beale’s account, officers carried out a review of four investigations into allegations of rape and sexual assault made by Beale.

Police found common discrepancies and similar circumstances within the allegations, which strengthened their suspicions that Beale may have fabricated them.

One of them led to the conviction of Mahad Cassim, who appealed against his conviction and it was quashed at the Court of Appeal in July 2015.

In a victim impact statement Mr Cassim told the court he had been hugely affected by the false claim.

He added: “One of my goals is to be a successful businessman, to have a nice family and be happy.

“I am working on the happiness – I have a long way to go.”

Beale had also falsely claimed that she was groped by a stranger, Noam Shahzad, in a pub in July 2012.

She said she was then gang-raped by him and a group of other men, and even injured herself to back up her claims she had been assaulted with barbed wire.

Beale then fabricated similar allegations against six other men in 2013.

She claimed two strangers sexually assaulted her close to her home before she was put through another gang rape attack by four others two months later.

Metropolitan Police Detective Sergeant Kevin Lynott said of Beale: “Beale has been exposed as a serial liar and I can only think that she was motivated partly by financial reward, but mainly the attention and control over her partners and family at the time she made the allegations.