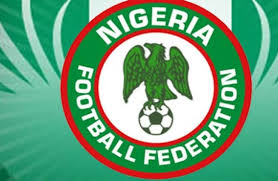 The Ministry of Sports and Youth Development kicked against the NFF Bill, now on the floor of the National Assembly, saying it was needless having a separate bill for the NFF. The ministry wants the status quo maintained, as according to the minister’s representative, the federal government had no hand in the constitution of the present board of the football house. Government, he further said was doing everything possible to ensure the football house got more autonomy even though it was not a legal body. “We are doing this in order not to disrupt the administration of football in the country,” the minister’s representative Adesola Olusade told the House Committee on Sports.

Sports Vanguard put a call across to former Nigeria international, Adokiye Amiesimaka. He dismissed both the NFF and the Ministry as not being serious. Excerpts:What is your take on the NFF Bill, now before the National Assembly? “With due respect to all concerned, the minister and the NFF are all playing games with our football. You know as children what they call boju boju O as children. They are just playing boju with our football. Enough of this rubbish. The sad thing is that you gentlemen of the press have absconded from your responsibilities. You are the reason why some individuals think they can just take everybody for a ride. It’s either you guys are just wallowing in ignorance or you don’t just care, because you are not enlightening the people. You don’t take this rubbish from these charlatans who said they are in charge of our sports, particularly football. Enough of this rubbish.

If your roles and functions are not stated in the Statutes filed as the Articles of Association with the Corporate Affairs Commission and you now want to call them to order, like in the case of accountability you will now be regarded as an interfering third party. It is the follow up to that lie that any time government calls on the NFF to render account, they will run to FIFA with the complaint of interference. That is the problem, because they have refused to be incorporated deliberately. It is because they are regarded as an interfering third party and because their roles and functions were not spelt out clearly. If you look at the Statutes of the NFF. Article 1 states that the Nigeria Football Association is a private body set up under the laws of Nigeria. This is a lie. Just go to the ministry and ask if the NFF is a private body. They will tell you that the NFF is a parastatal of the ministry. But the NFF Statute states differently. If they were incorporated as an NGO limited by guarantee under Part C of CAMA(Companies and Allied Matters Act) at the Corporate Affairs Commission, at that sense they can justifiably say they are a private boy set up under the laws of Nigeria. Another significant part of it is this if the NFF was properly incorporated it would have been recognised by our laws but not established by our laws. What FIFA wants is recognition by your not establishment by your law. FIFA in Switzerland is recognised by the Swiss law it is not established by the law it was not set up by the State Assembly. FIFA is incorporated. That is how FIFA expects its affiliate associations to be incorporated. They refused to do that here because both the minister and it is sounding strange that the minister is saying what he is saying because the minister goes to the government and tells them look, we need this amount for football. Then he returns to the NFF and says look have this for your activities. They don’t ask any questions and he does not ask either. At the end of the day, both of them smile to the bank and out football suffers. There is no accountability because the NFF does not exist in law because it is not incorporated. If it were incorporated, it will exist in law and would be recognised in law and not set up by an act of the National Assembly. Finally, we do not need NFF Act. If there is such NFF Act, it should be repealed and should remain repealed. The National Assembly has nothing to do with what I am talking about.”