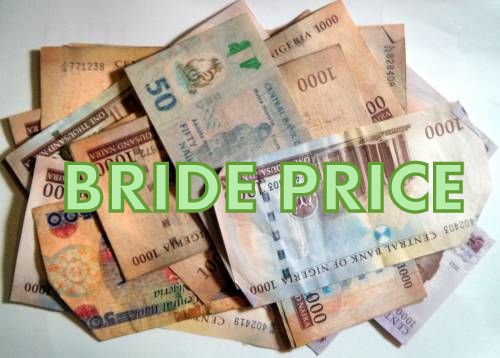 This content is written for the numerous Courtroom mail readers who are not lawyers so will be devoid of any Jargon.

In most part Nigeria,payment of bride price is a thing of pride to the woman and could be a stigma to woman who co-habits with a man who did not pay her bride price.The bride price is indeed the pride price in many customs.

Two types of marriages are recognised under the Nigerian Law. Statutory Marriages (ie marriages in a licenced place of worship or in the registry popularly called court marriage in Nigeria) and customary marriages (popularly known as Traditional marriage)

The courts in Nigeria have held that there is a standard process for the dissolution of a marriage, whether statutory or customary and concrete evidence must be adduced before a court can hold that there has been a divorce.

To dissolve a statutory marriage, there are statutory requirements one must fulfil to obtain the divorce which are clearly stated in the laws. If that is what you want ,find a Lawyer

The focus of this writing is on customary marriages also known as marriages under Native Law and Custom.

A marriage under native law and custom can only be dissolved by a court (customary court).It is not enough that one party to the marriage declared that he or she does not want the other.

It is important to note that living with a man and having children for him alone does not necessarily make a woman a wife of the man under native law and custom. In the same way a woman who is a wife of a man under native law and custom does not divorce the man merely by leaving him and staying with another man even if she bears children for the second man.

Yes, there are instances where a party to a customary marriage comes out to claim that no marriage existed. In that case, where there is any evidence of any celebration of marriage, there is a very strong presumption in favour of the validity of the marriage. The said marriage cannot be said to be dissolved by mere wishful thinking. It must comply with the applicable procedure.

In conclusion when he tells you that he only did a traditional marriage with the other girl, and wants to marry you under native law and custom when he has not done the needful, you may be settling as a second wife with a first wife somewhere with full honours. On another hand, when she tells you that she only did a traditional marriage with the other man, make sure the needful has been done, or you will be walking another man’s wife down the aisle.