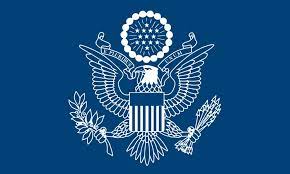 The United State Embassy in Nigeria has partnered the Ogun State Government on an Information and Communication Technology (ICT)-driven scheme for court Judges, to aid speedy trial of cases and administration of justice.

The scheme, ‘The Case Management/Scheduling Manual and System’, was launched by the state Governor, Dapo Abiodun, at the Judicial Complex in Abeokuta at a ceremony attended by various stakeholders in the judiciary sector, including Judges, lawyers and law enforcement agents.

Abiodun, while launching the scheme, said the digitalised judicial scheme was the first in Nigeria, describing it as a significant first step towards the automation of judicial processes in the state.

He said for a start, six Judges of the state high court would be enrolled on the platform as a pilot test.

Abiodun said: “This innovative platform, which is being piloted with six judges of the Ogun State High Court, would provide end-to-end digital case management tools to enable electronic management of cases to curb delays in the judicial process and promote convenience for both the judiciary and parties who come before the court.

“It is my belief that this will mark the beginning of a new era for improving the efficiency of justice administration and ultimately impact the ease of doing business for the benefit of the state and the good people of the state.”

In her remarks, the Chief Judge of the state, Justice Mosunmola Dipeolu, said the case management and scheduling system would enable Judges have access to the details of cases assigned to them at touch of a button from either their laptops or mobile phones.

She disclosed that the state judiciary had established and equipped a staff development centre for training of judges and other judicial staff in preparation of the digitisation of the judicial system.

Dipeolu said: “If all stakeholders key into the digitisation process and the automated case management/scheduling, it will no doubt remove unnecessary and frivolous delays hitherto experienced in the litigation process as it presently stands.

“When the judiciary is fully digitised, each Judge will have access to his docket on his laptop or mobile phone.”

Speaking on behalf of members of the bar, the Chairman of the Sagamu branch of the Nigerian Bar Association (NBA), Mr. Olufemi Adeniyi, noted that the platform would give lawyers the hope of a new dawn in Ogun State judicial system.

He condemned attempts by the federal government to use security agents to intimidate Judges in the country, saying: “The NBA has resolved to resist any action that will undermine judiciary in Nigeria.”

Adeniyi also called for financial autonomy for the judiciary in the state, arguing that it was not enough for the state to give administrative autonomy to the judiciary.

He insisted that full digitisation of the judicial system can only be meaningful when financial autonomy for judiciary is achieved.

He said: “Lawyers are happy that this is happening in Ogun State. This is a new dawn for judicial process in the state. Judges that are going to manage the system must be managed also.

“The judges are here seated; they cannot complain but we can talk on their behalf, as their welfare is very important in order for the scheme to be successful and achieve the set objectives.”