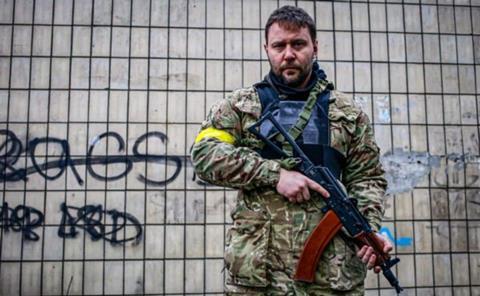 Reports have emerged from war-torn Ukraine that one of the country’s leading judges has taken up arms to fight in combat.

Media outlets in Poland say that Ivan Mishchenko, a judge of the Supreme Court in Ukraine with a background in commercial litigation, has joined one of the units defending the capital Kyiv.

It is reported that Mishchenko, who has been pictured with an assault rifle and in full military uniform, took his family out of Kyiv to safety, before returning to fight alongside other reservists. ‘It doesn’t matter who is the lawyer, who is the prosecutor, who is the judge – we have all united,’ he told Polish media.

Mishchenko’s LinkedIn profile states that he started his career as a lawyer with the Ministry of Justice in Ukraine and was a head of litigation with a Kyiv firm before becoming a judge in November 2017.

He is reported to have said that many courts in Ukraine are continuing to operate despite the invasion, but he was more useful at this stage in combat rather than in court.

Ukraine continues to fight back against the invading Russian army and has reportedly considered releasing prisoners with military experience if they are willing to take on Russian forces.

The country’s president Volodymyr Zelensky has said that everyone who can ‘join the struggle against the invaders must do so’.