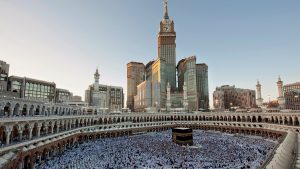 Two men have gone on trial in Saudi Arabia charged with spying for Iran and plotting to attack a major oil pipeline, two Saudi newspapers reported on Wednesday.

In a rare espionage case involving the two arch-rivals, the Saudi teachers face charges of gathering information on the East-West Pipeline of the world’s top oil exporter and plotting to blow it up, the Makkah and Al Weeam newspapers said.

Riyadh’s Public Prosecutor has asked the judge in the case to issue a verdict, but the judge has given the two men three weeks to defend themselves in another hearing, Makkah reported.

The 5 million barrel per day Petroline mainly transports crude from fields in the kingdom’s oil-producing east to the Red Sea port of Yanbu for export to Europe and North America and can handle around 60 percent of the kingdom’s total oil exports.

The prosecutor presented the charges, which include spying for Iran and providing secret information about the oil pipeline to destabilize security, at the Specialised Criminal Court, the newspapers reported.