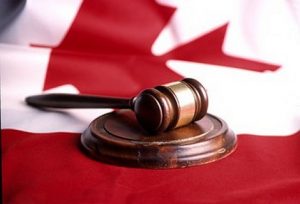 Two men, including one who has 25 wives and 146 children, were convicted of polygamy on Monday in a landmark ruling that upheld Canada’s longstanding ban on the practice.

Winston Blackmore and James Marion Oler, who has five wives, face up to five years in prison after being found guilty in the first real test of the country’s polygamy law, enacted 127 years ago.

Three special prosecutors had been appointed over the past two decades to consider bringing charges against the pair, but they backed down over concerns that the law prohibiting polygamy violated Canadians’ constitutional right to religious freedom.

Those fears were assuaged in 2011 when British Columbia province’s Supreme Court ruled in a reference case that the inherent harms of polygamy justified putting limits on religious freedoms, clearing the way for charges to be filed against Blackmore and Oler three years later.

Judge Sheri Ann Donegan of the British Columbia Supreme Court noted in her ruling that the main defendant, Blackmore, did not deny his polygamy.

“His adherence to the practices and beliefs of the FLDS is not in dispute,” she said.

Blackmore spoke briefly to reporters outside the courthouse in Cranbrook after the verdict, saying that he was living his religion and that it was very important to him and his family.

Oler left without speaking to reporters.

Blackmore’s lawyer, Blair Suffredine, had told the court during the trial that he would launch a constitutional challenge of Canada’s polygamy laws if his client was found guilty.

The sect has been based for nearly 60 years in the remote, mountainous region of British Columbia near the US border where the community grows, raises or hunts its own food and runs a barter economy.

The Canadian group is part of the same sect led by jailed US polygamist leader Warren Jeffs.

The mainstream Utah-based Church of Jesus Christ of Latter-day Saints abandoned polygamy in 1890.

At the 12-day trial earlier this year, witnesses included mainstream Mormon experts, law enforcement officials who worked on the investigation and Jane Blackmore, a former wife of Winston Blackmore who left the Canadian community in 2003.

“She was a careful witness,” Donegan said. “There was nothing contrived or rehearsed in her answers. She was impartial.”

Much of the evidence in the trial came from marriage and personal records seized by law enforcement at a church compound in Texas in 2008. Donegan disagreed with assertions by Blackmore and his lawyer that the records should be given little or no weight, saying she found them reliable.

Donegan said Winston Blackmore’s adherence to the practices and beliefs of the religious group were never in dispute, nothing that he did not deny his marriages to police in 2009. Blackmore even made two corrections to a detailed list of his alleged wives, she said.

“He spoke openly about his practice of polygamy,” Donegan said. “Mr. Blackmore confirmed that all of his marriages were celestial marriages in accordance with FLDS rules and practices.”