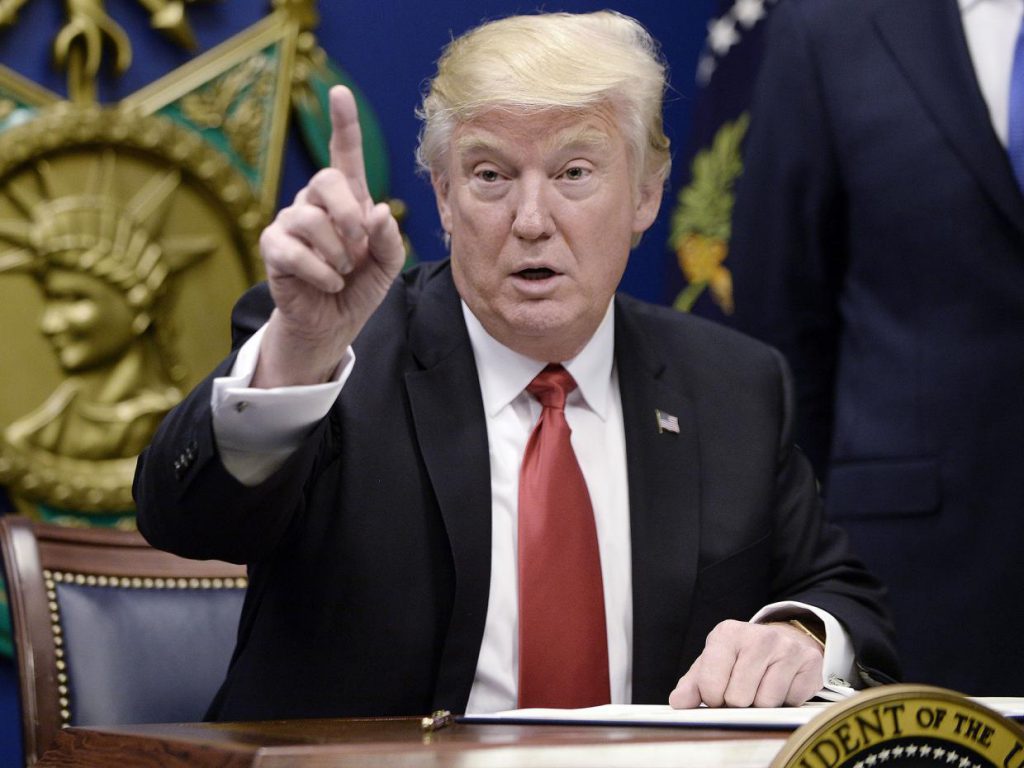 Donald Trump’s ban on travel to the US from some Muslim-majority countries has been denounced by the UN’s rights chief as “mean-spirited” and illegal under international human rights law.

It called on the US government to lift the order, end the exclusion from specific countries, and to restart the resettlement of refugees.

The EU vowed not to discriminate against refugees based on nationality, race or religion and said it will never choose isolation and inequality, in an implicit reference to America’s actions.

EU Commission spokesman Margaritis Schinas said that the 28-nation bloc was carefully studying the US travel ban to see how much it will impact EU citizens.

Mr Schinas also quoted from a Sunday interview of Commission President Jean-Claude Juncker, in which he said: “We have to make choices about the world we want to live in. We must choose between isolationism, inequality and national egotism on the one hand. And openness, social equality and strength through solidarity on the other.”

In an interview with Germany’s Die Welt, Mr Juncker said that “it is by standing for opening, social equality and solidarity that Europe can credibly act on the world stage to find common forward-looking solutions”.

And the world’s largest body of Islamic nations told The Associated Press that it has “grave concern” over the travel ban.

The 57-nation Organisation of Islamic Cooperation issued a statement on Monday warning that “such selective and discriminatory acts will only serve to embolden the radical narratives of extremists and will provide further fuel to the advocates of violence and terrorism”.

It called on the US to “reconsider this blanket statement and maintain its moral obligation to provide leadership and hope at a time of great uncertainty and unrest in the world”.

The 90-day ban, imposed on Friday, affects travel to the US by citizens of Iraq, Syria, Iran, Sudan, Libya, Somalia and Yemen. All are members of the OIC.