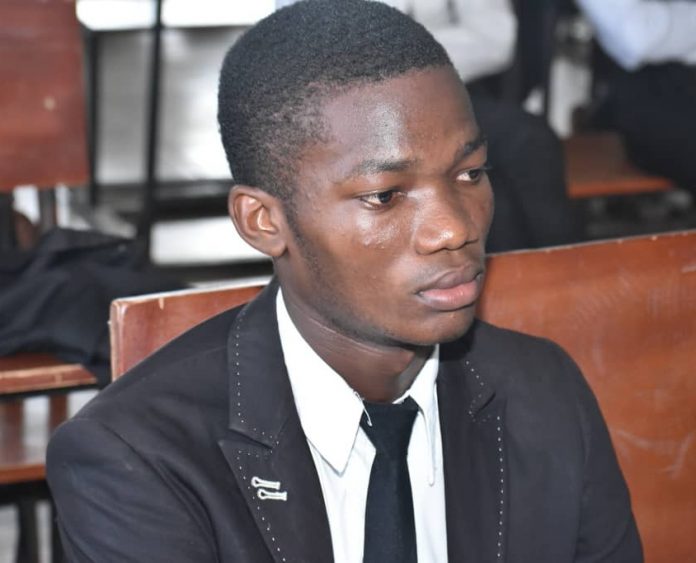 These bizarre incidents are not uncommon in Nigeria but those two instances made the news because the personalities involved are prominent persons in the music industry.
However; after the brouhaha and uproar that usually filled the social media after each video, one important question that always seems to elude the minds of everyone is “who leaked the video to social media?”. Perhaps, the reason why most people aren’t interested in the identity of the person who released the video to social media and they failed to ask that salient question is because they are yet to take cognizance of the fact that that act is a crime. Yeah!, it is a crime as horrendous as murder and terrorism because it can subject the victims to a perpetual state of depression and can goad them to commit suicide or engage in other acts pernicious to themselves or their immediate environment if proper care is not taken. Another hazardous effect of that crime is the lasting dent on the public image of the victims which can easily shrink or ruin their career and reputation.

Starting with the constitution which serves as the grundnorm of all other laws and statutory legislations in Nigeria, one of the fundamental rights guaranteed by that constitution provided under section 37 is the right to privacy of citizens, their homes, correspondence, telephone conversations and telegraphic communications. In other words, each citizen of Nigeria has that intemperate right to protect their private details and acts from the rest of the world and this right can only be waived with an express permission from a relevant court of law for security officials during investigation.

Also, a witting perusal of the Criminal Code Act concedes that it is a crime to publish and spread obscene materials. The test of obscenity according to that Act is that if the effects of such publication taken as a whole will deprave and corrupt persons who are likely to read, see or hear the matter contained or embodied in it. I doubt if videos containing pornographic contents would pass this stringent test of obscenity in a competent court of law considering the fact that the social media is a platform for young and old, the religious and the irreligious, and all kinds of people belonging to a diverse tribe, faith and social status.

Lastly, Cybercrime Prohibition Prevention Act made it a crime to premeditatively send a message or other matter that is grossly offensive, pornographic or of an indecent, obscene or menacing character by means of computer systems or network. The Act also prohibits intentional transmission of any message through a computer system or network whose purpose is to bully, threaten or harass another person. Unless one opts to bask in euphoria of pretence or thread the threshold of ignorance, it is evident that the law does not joke with those who for whatever reason known to them, choose to engage in the lewd, smutty and prespostrous act of leaking the sex videos of others to the public through the social media.

Even if we choose to look beyond the law, what good purpose does it serve society whenever those videos are being leaked? In saner and civilized climes, security agencies would instantly commence their hunt for that barbarous villain who commit that grievous crime to compel him to delete the video and also make him face the wrath of law so that it can serve as deterrent for others who might be contemplating such monstrous crime. But here in Nigeria, most people would quickly assume the moral high ground to bash, condemn and even proffer moral instructions to the victims which they are not certain of their current mental state at that moment.

Unless we change our mindset and how we react to issues like this, the fire we fail to quench now will soon burn down the whole building. Rather than apportioning blame and insulting the victims which is basically how the perpetrator would want us to react, why can’t we channel our energy into urging the security agencies especially the intelligence unit to fish out the evil genius behind the leak and prosecute him. Once it is a copulation that was mutually consented to by those doing it, the bulk of the blame and condemnation should go to those who go about with intent to ruin other people’s life and joy and not two adults who are just enjoying their lives.

Ayomide Oyelade is a budding law student, inspirational writer, dynamic poet, orator and a fervent critic on political and societal matters.He is currently a law undergraduate in the University of Benin. He has developed special interest in Cyber Law, Media Law, Intellectual Property Law, Human Rights Law amongst others.