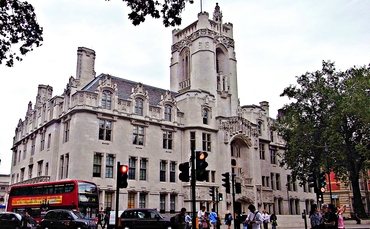 A lawsuit brought by a hairdresser, an investment-firm manager, and a handful of other plaintiffs that demands Parliament hold a vote on whether to trigger Article 50 will be heard by the UK Supreme Court, according to Bloomberg.

The case is crucial because it sets out a legal path that could allow the House of Commons to ignore the result of the EU referendum.

The plaintiffs argue that an Article 50 request to leave the EU can only be triggered by a vote in Parliament, not the mere request of the prime minister.

If the Supreme Court agrees, then the Article 50 request would be put to the House of Commons. It is not certain that Article 50 would get enough votes.

As this chart from Morgan Stanley shows, a large majority of MPs favour Remain. Many of them are likely to vote against Article 50:

The lawsuits have been bundled together into a single case. Among the plaintiffs are Gina Miller, founder of SCM Private, an investment firm, and Deir Dos Santos, a hairdresser. Bloomberg says:

“’This will be one of the most important constitutional law cases ever decided,’ said Jeff King, a professor at University College London. Britain, unlike the U.S., doesn’t have a written constitution, but rather an accumulation of laws, customs and judicial decisions that date back centuries.”

“‘The court takes this litigation very seriously and will move expeditiously,’ Judge Brian Leveson said at a preliminary hearing on July 19. The matter is ‘of such constitutional importance it is difficult to see why’ it won’t move quickly to the Supreme Court, he said.”

Prime Minister Theresa May’s cabinet will be under pressure to proceed with an Article 50 request without putting it to a vote of the House of Commons. But in theory, a high court judge can imprison a minister for not obeying the law.

If MPs vote against Article 50, the case could be appealed all the way up to the European Court of Justice — putting the pro-Leave camp in the odd position of begging the EU’s top judicial forum to overrule the UK government.