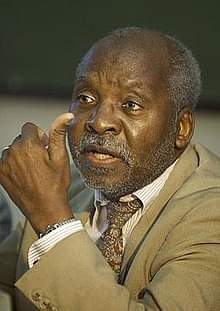 The Law Society of Zimbabwe hosts the prestigious Walter Kamba Rule of Law Awards in Harare.

Globally acclaimed legal practitioner and former UN Human Rights Commissioner, Justice Navi Pillay will be Guest of Honour.
This award is given to an outstanding Zimbabwean legal practitioner who has demonstrated commitment to the promotion of the study of law in Zimbabwe and possibly beyond.
There is also an award for the Young Human Rights Lawyer of the Year, aimed at recognising an upcoming legal practitioner who has shown tenacity in the fight for the rights of citizens even in the face of opposition and danger to their person.
Professor Walter Kamba was the first black Vice Chancellor of the University of Zimbabwe and is remembered as an iconic legal practitioner who dedicated his life to the development of legal education in Zimbabwe and the new states at the end of colonialism. He passed away in September 2007. In 2008 the Law Society of Zimbabwe, made a deliberate decision to honour him through this award and provide a platform for practitioners in the justice sector to continuously remember that the issue of access to justice and the rule of law remain critical pillars in the development of Zimbabwe as a democratic State.